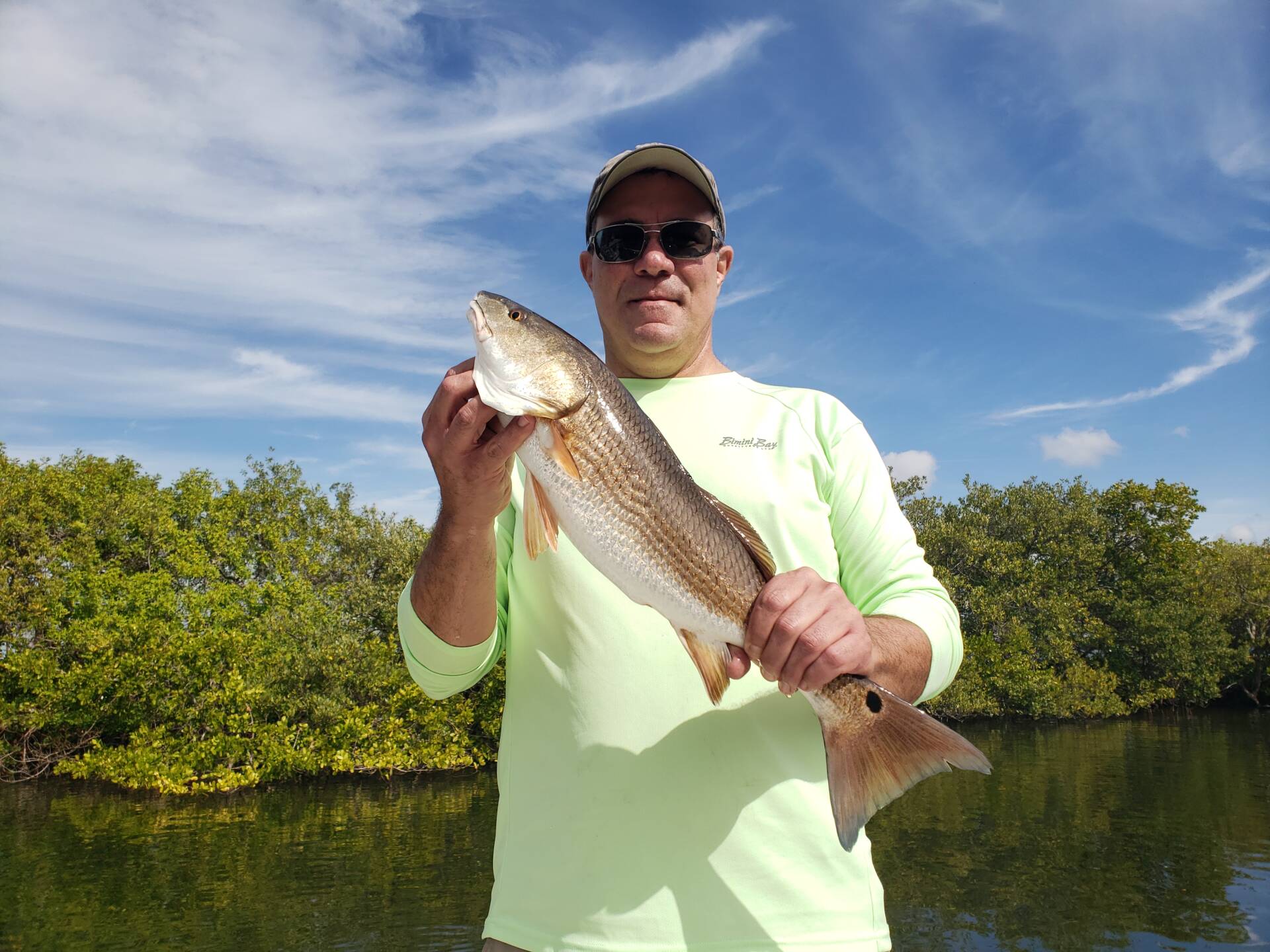 Transition is the word of the day, as we move into the end of January we start to get longer days and warmer days and nights. These two factors combine to start to bring our water temperatures up from the mid 50’s to the mid 60’s. This triggers our local fish to change the habits from spending their days lounging in the warm muddy holes and canals to the sparkling flats and open waters where they can search for food. This is one of the times a seasoned guide will fall back on past experience to know where the fish will be and where they are heading.

While we are nowhere near our springtime bite going off yet, it is not that far away. My charters over the past couple days have proved that, holes that were packed with trout and redfish have began to thin out as the fish feel the warmer water. We are on the start of the full moon tide cycle, which means we have big negative tides in the morning and solid incoming tides around noontime. Water temperatures that were in the mid 50’s last week have risen almost 10 degrees, and while there are still fish in the holes we aren’t catching them on every cast. And the Snook have started to move in to the areas inhabited by Bluefish and Trout.

While all this sounds a little troubling it really isn’t, especially for the guys on the water everyday, as we see the transitions right in front of our eyes. And I am able to adjust and fish where the fish are, now granted the 100 fish days will slow down until we get another cold front (and we will get at least one or two more) but the saying of a day late and dollar short is in full effect this time of year.

One of the other changes that has been happening is the arrival of all the birds looking for the coveted sardines, and while they have been here all along it really has not been worth the time catching them, that however will change in the upcoming weeks. As long as the water keep warming up the fish we are after will feel the need to chase and begin to eat the fast moving sardines, but again I am looking into the future, not far but still in the future.

So with all that to process we were still able to get on some great fish this week off of New Port Richey, the Trout were hungry and the Bluefish were very aggressive while they were around and today we were able to score on some redfish that I have been hiding and waiting for the right tide and wind. While I do love fishing the negative tides for all the fish stuck in holes only I can get to, I can not lie I do love to watch Snook that have been waiting for the first sardines, blow holes in the water trying to eat them! There is not much time left before spring is here and February is going to be a great month, and I only have a few days open! 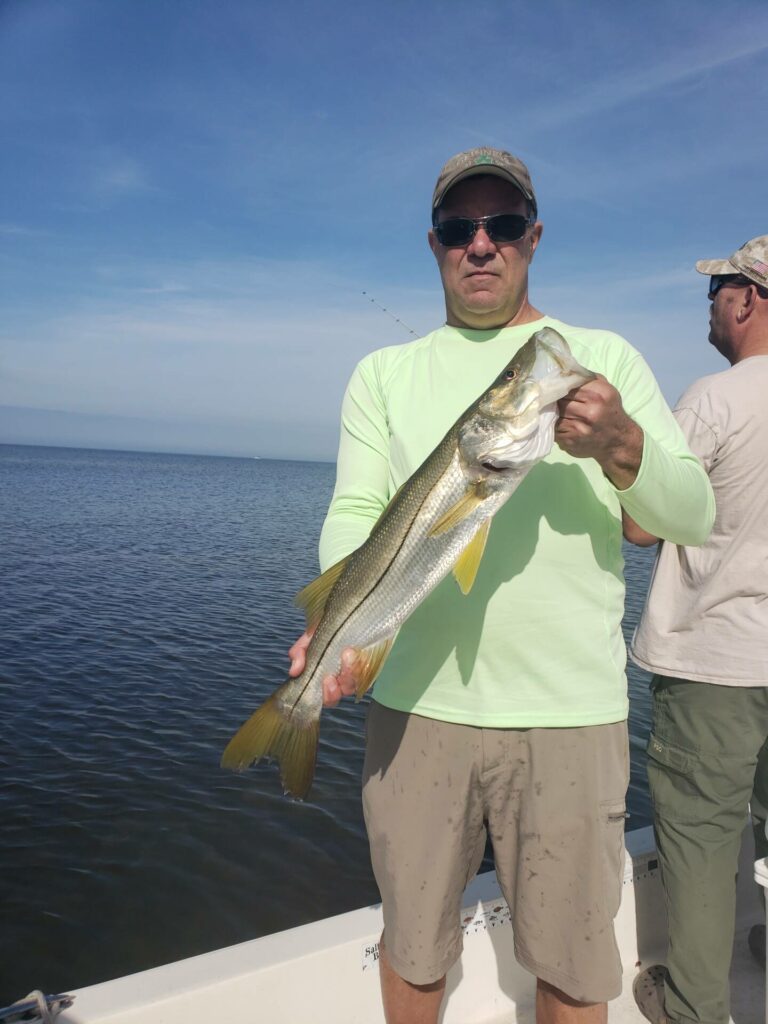 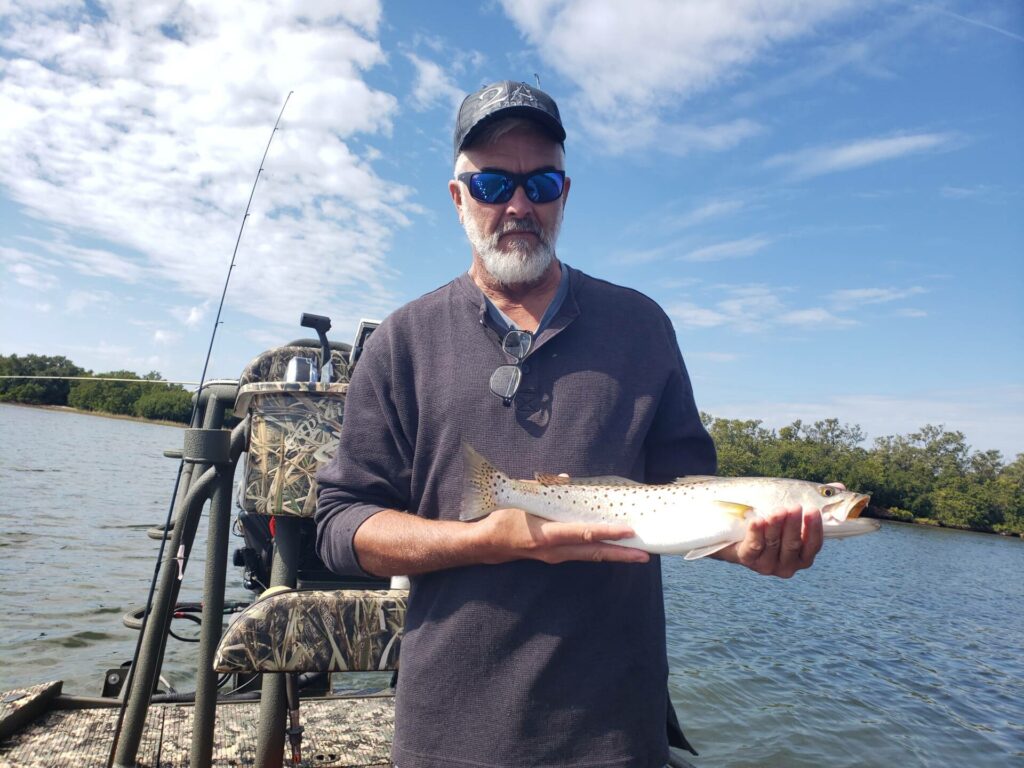