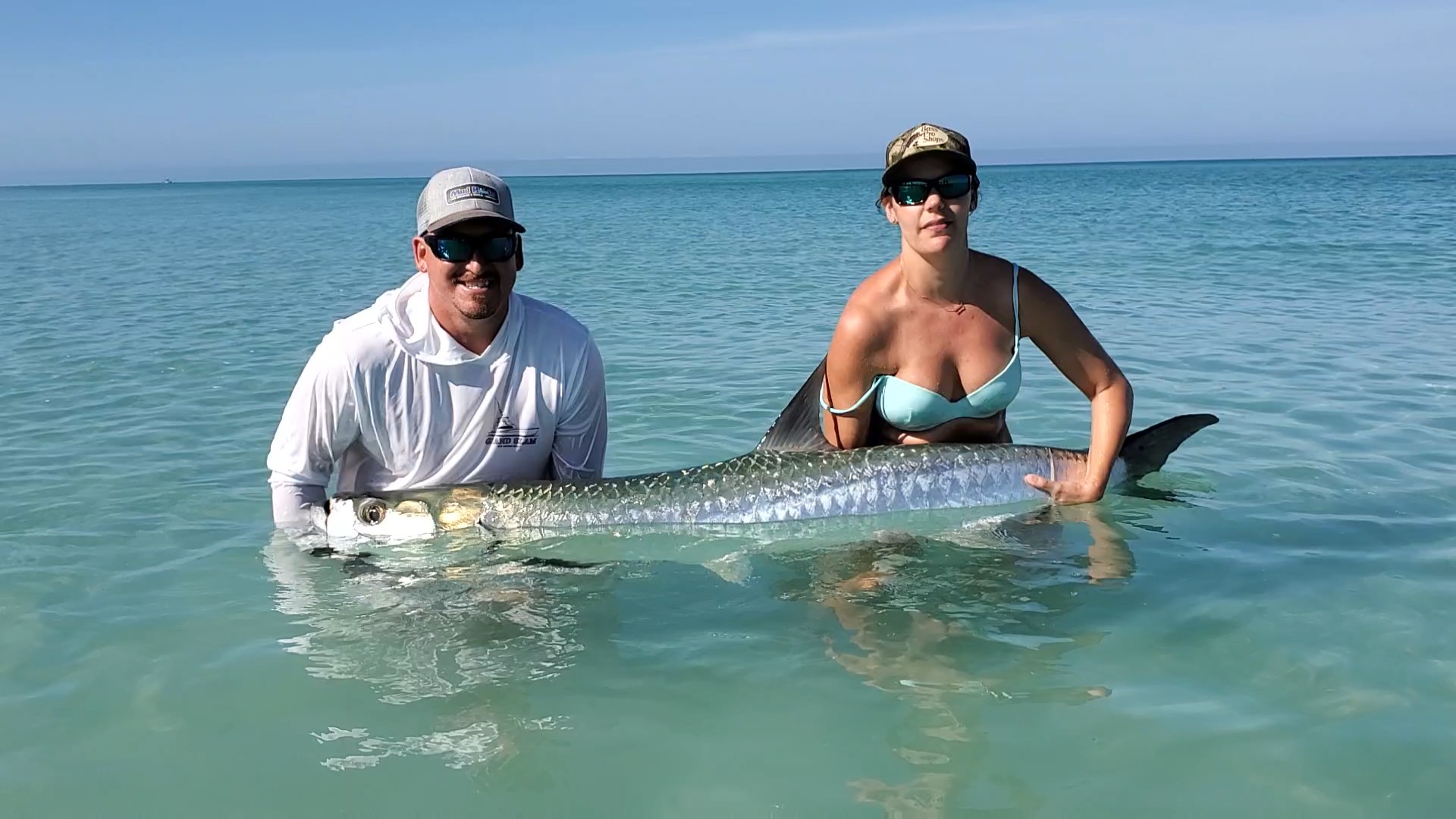 May is always one of my favorite months to fish as it means Tarpon are here, and the past couple of weeks have made that statement very true. This year’s Boca Grande Tarpon season has been awesome so far with tons of fish here and more on their way up from the south. The last couple of days we have finally seen a reprieve in the wind, at least for a couple of days.

On Saturday I was able to fish a good client and his two sons, who were on their first trip to Boca Grande, and the Tarpon did not disappoint. As we arrived at the pass while it was still dark, but you could see the white water from Tarpon blowing up on the surface. There were already a handful of boats there already and it was obvious that the tarpon were having crabs for breakfast, we quickly baited up and got a crab in the water, and before I could get the second crab in the water the first drag was already screaming and the fight was on. We fought a 100-pound tarpon for about 20 minutes before we had him boat side, the bite continued for about an hour and we were able to jump one more tarpon. As the sun came up the rest of the fleet showed up and just like that the bite died off.

On Sunday I had longtime clients and great friends Kevin and Becky, they brought along their niece and her husband Travis. We again arrived in the pass before daylight to see the Tarpon happy and on the surface busting crabs, we quickly got a crab out and hooked a Tarpon who made short work of the crab and unfortunately our hook also. As we eased to the outside of the tarpon to move back into position,  but it was obvious that the rest of the fleet was not sleeping in today. It did not take long for the Tarpon to go to the bottom and hunker down and quit eating. We decided to leave the weekend warriors in the pass and go find some quieter water and happy tarpon on the beautiful beaches of Boca Grande. We were able to locate a small school of Tarpon and got set up and put crabs in them, it took about 5 cast to them before Travis’s line came tight and a huge 150lb. Tarpon exploded through the surface. The fish took us up the beach for about 15 minutes and when we got her boat side we were very close to the beach, so we decided to get Travis the picture he has wanted for a long time, a beach shot.  After some great shots we revived the big girl and watched her swim off in the crystal clear water.

With all the boats in the pass, the beach traffic was very light and we were able to get right back on our school of Tarpon, we got set up and Kevin made a great cast and the line came tight almost immediately. The Tarpon blasted through the surface twisting and flipping like an Olympic gymnast, and when she hit the water she also made a beeline for the beach. Kevin had the fish boat side after three more jumps and we found ourselves right on the beach again, so we decided to take advantage of the opportunity and get Kevin and Becky their beach shot also.

Today is the first rainy day we have had and it looks like we are finally going to get into our summer patterns with afternoon storms this week, this will fire up and already good bite here in Boca Grande. If you have never fought a giant Tarpon or just want to do it again give me a call and we can get it set up. 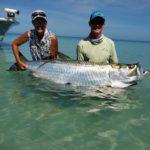 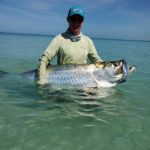 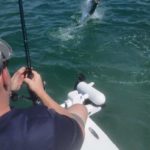 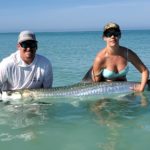 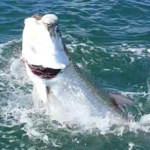