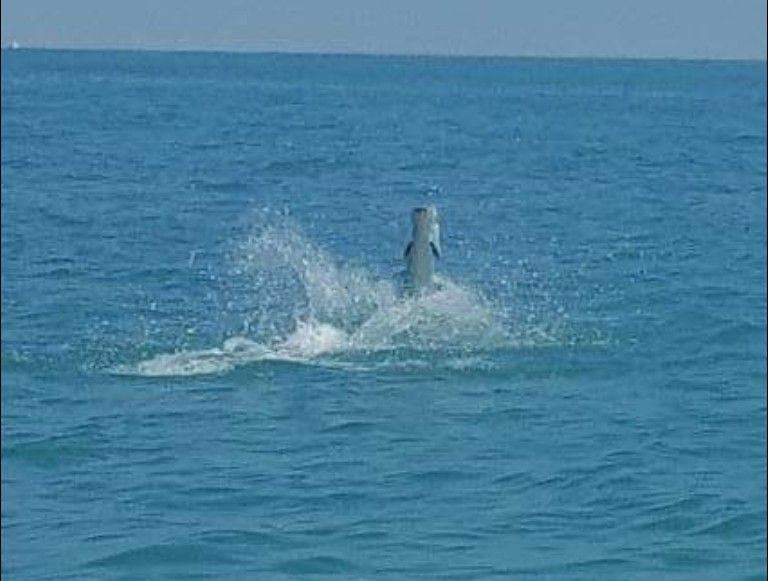 There is nothing quite like Tarpon season. Every day starts at 4:30 and ends usually around dark and in between, there are some of the greatest memories any fisherman will have.

After picking up my clients this morning at Boca Grande we headed out to Boca Grande pass to see what was happing. As usual, the pass was loaded with fish and because it was the weekend it was also loaded with boats at 6AM, but the fish were extremely active and everyone with a crab on there hook was hooked up. We moved to the west of the fish and put out two crabs and set our drift to go right through the school on the incoming tide, just as I started to mark the giant school on my Simrad one of our lines came tight and a bolt of silver crashed through the surface, we were ON! As the other line was brought in, it also came tight and another Tarpon flew through the air….Double, and we were 10 minutes into the charter. As with most doubles, the fish very rarely go the same direction, so we tightened the Shimano drag down on the smaller of the two and attempted to guide him as best we could. A double on the beach is not a problem, but in the pass it is not exactly what you want, however, we were able to get one of the fish under control while the other fish with a very tight drag was jumping like a rabbit and would finally throw the hook. We could now concentrate on the other fish and after a great fight we had our first fish of the morning boat side. 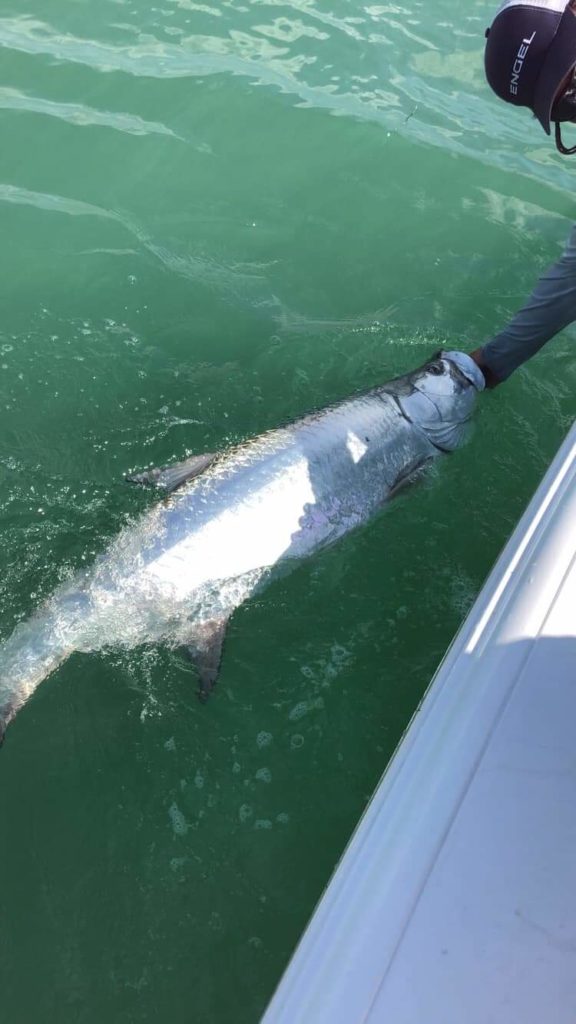 As the morning proceeded, it became very apparent it was the weekend, by 8am the pass was very crowded and we decided to leave the weekend warriors and go find other Tarpon. We decided to run down the beach in search for some schools of fish, but it was slim Pickens as the water is still a little to cool for them to be in good numbers out there yet. And the weekend traffic was again making it tough to find Tarpon that were happy. So we decided to run south to a big sandbar that traditionally has Tarpon on it early in May, as we arrived I saw a few fish role and got us set up to intercept them. The water is so clear right now that you can see everything in it and it makes it very easy to spot and follow the fish. The group of Tarpon were moving right to us and we put two crabs right in their path, as soon as the Tarpon got to them one of our lines came tight and we were hooked up again. This time we had plenty of room and we were able to watch the Tarpon fly through the air several times before finally dislodging the hook. But man what a show she put on, and that is really the best part or fighting a tarpon, especially after you get your picture with one first thing.

Tomorrow is Sunday and I’m sure the crowds will be back, but it will be Monday soon!