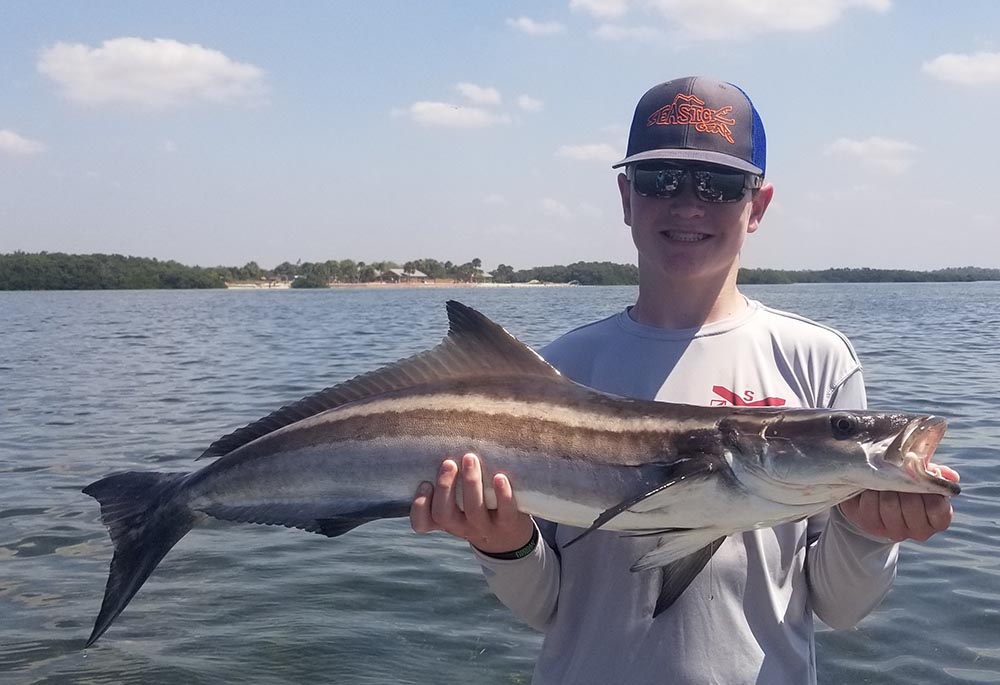 Today was the day everything came together. There will be more days like today but this was the first one of this year that my clients were able to put together my version of the West coast spring slam. The slam consists of a Tarpon, Snook, Trout, Redfish, and Cobia.

I had a feeling it was going to be a good day when I left the dock, the ramp was empty and it was slick calm. As I arrived at the bait flat I could hear bait flipping all over the place, I started chumming and it took 2 throws to fill the live wells. I met my charter at the dock in New Port Richey at 8:30 am and we eased out the river to a little cove that I saw tarpon rolling in the past few days, we still had about an hour of outgoing tide so I was hoping for a flurry on the last of the tide. I threw some chummers out and the tarpon began to roll and get active, the first bait in the water was hit instantaneously, after three very energetic jumps he was gone. It didn’t take long for the next hookup, this one stayed attached and I was able to leader the fish but he jumped off right at the boat. Technically it was a catch, we just didn’t get the photo.

We jumped a couple more little tarpon before the tide died out and so did the bite. I decided to run south to a deep channel off of Tarpon Springs that I have been catching some nice trout out of. As we pulled in the water was already moving in so I was sure the bite would be on immediately. We put three baits in the water and it took about three seconds to hook three very nice trout. The bite stayed strong for the next 30 minutes, and every bait that hit the water was eaten very quickly, we caught several nice Trout, a couple Redfish and some jack Cravelle. As the tide filled up the channel the bite slowed, so we decided to run back north to the area that I crushed the snook at yesterday. As I was running north over the grass flats of New Port Richey I noticed several nice big Southern Stingrays swimming around, a sure sign the Cobia were near. We arrived at the bay off Hudson and the water was just starting to flow in, we gave it a few minutes to settle down and then put baits into the drift. It took a couple minutes but the bite exploded again, every bait that drifted down to the spot was hit upon arrival. We caught several snook from 25 to 32 inches, and lost a few that could not be stopped.

We had a couple hours left to fish so I decided it was time to go check out the flat I had seen the Stingrays on. Cobia is a sight casting deal, you idle around looking for the Stingrays and the Cobia will be following. It took about five minutes to find the first one, and after several great casts, he just would not eat. I decided to leave him and look for another Ray, it took another five minutes or so to come across another one, only this time there were two Cobia on the Ray. Mason put the bait right in front of them and the bigger of the two fish peeled off and ate it, that never happens, but it did this time. We were able to land a 37-inch Cobia, Masons first.

The spring bite is in full swing and the month of April is going to be awesome, so if you have not booked your days don’t wait they will fill up fast with the great weather and fantastic bite! 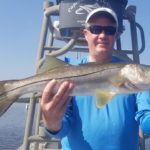 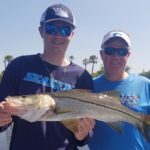 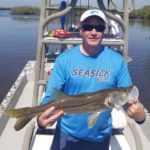 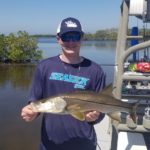 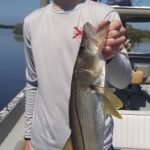