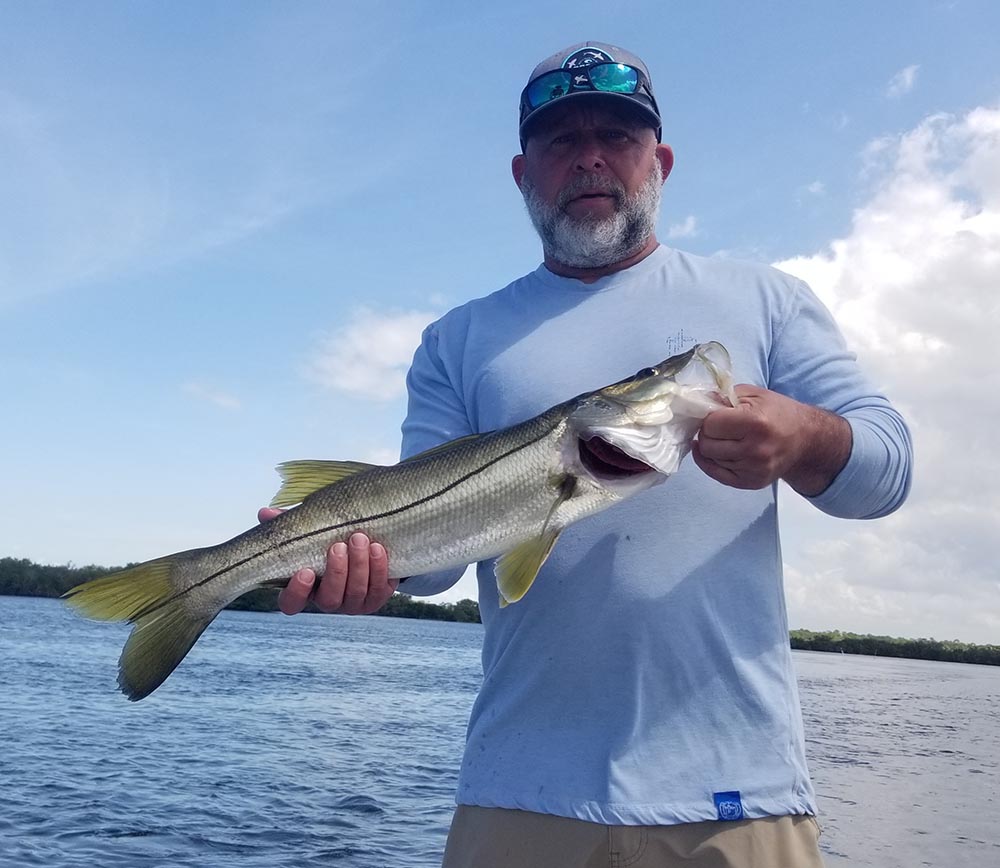 As we move farther into spring the weather just keeps on getting better, and this is making the fishing get better and better. We are just passing the new moon so we have had strong tides for the last 4 days, and the next 3 will be good ones to. The great thing about the fishing being so good, is even with the slower tides we will get next week I don’t foresee a drop off in the bite we are experiencing. With all that being said it is still fishing and we see the bite turn on and off throughout the day, but it has been on a lot more than off.

My Charter for today is a longtime client and friend,  myself, David and Shane all went to high school together here in New Port Richey. I had them meet me at Nicks Park in Port Richey at 6:30 am so they could go with me to catch bait. We made a short run south to the same flat I caught it at so easily yesterday, we were all alone and the bait came in fast and thick, just a few throws of the net and we were on our way to catch some fish. The tide was again very low so I decided to run south to a big hole off of Tarpon Springs, we pulled in and I noticed that the tide was very flat. We were right on tide change so I told the guys we would give it a few minutes to see if the fish would fire up, as I had a spot I wanted to hit on the incoming water. We had one good strike and decided to run north to my little honey hole, as we pulled in to get set up I noticed the water just starting to move in. I told them once the tide started moving good the bite would be on, and right on queue we saw the tide flow in and the bite turned on. It was mostly trout but we caught two very respectable snook in the hole.

After the water came up we decided to run back north New Port Richey to a hole I have been catching some very nice snook in, we got into the area and I quickly realized that we did not have enough water to get back to where I wanted to go. I made a slight course adjustment and slide into a bay I have not fished for awhile, I set us up so we could cover a long stretch of Mangrove shoreline, with the tide flowing right down the shore we were able to let our baits drift right down the edge. And this turned out to be a very good stop, we pulled on snook for the next 2 hours, we even mixed in a few redfish to complete both Dave and Shane’s inshore slams.

We had about an hour or so left in the trip so I decided to hit a spot in the Cottee river that fills up with fish this time of year, I threw out a hand full of chum and the surface erupted, mostly jacks but there were some Snook pops and then we saw it, the unmistakable chrome shine of a Tarpon. Dave quickly threw a bait in the area and just as he engaged the reel the water boiled and the line came tight. It was 5 seconds of chaos, the young Tarpon leaped twice before he threw the hook right back at us. What a great way to end the day, and for sure from now until I leave for Boca Grande in a month, these little guys will be high on the list to catch.

Tomorrow will start early as I want to fish some of the outgoing tide in the morning, so I’ve had my charter get to the ramp at 8am tomorrow and hopefully, the bait will be easy again 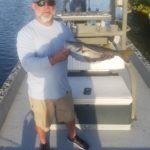 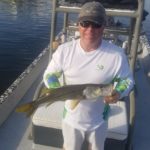 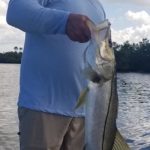 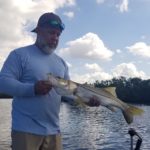