Just another day in Paradise! 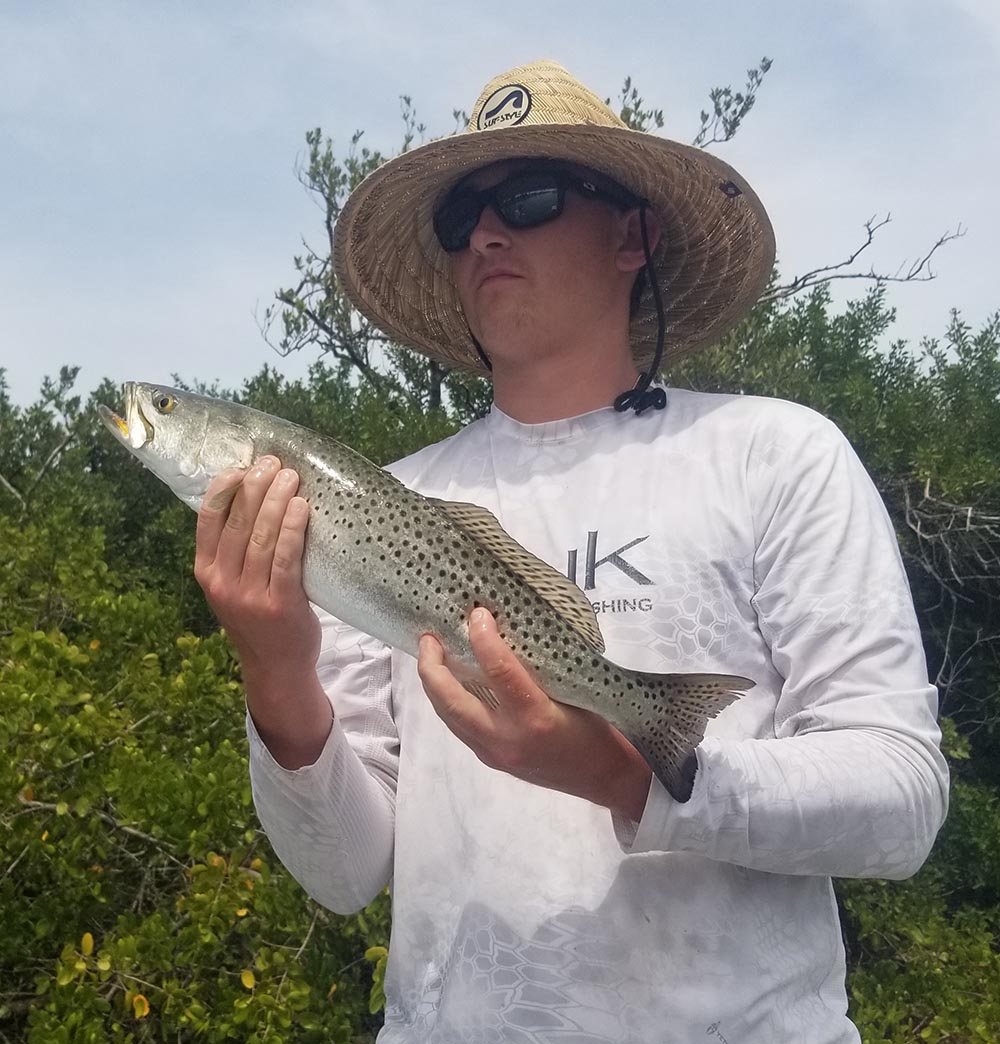 Just another day in Paradise, that is what it has been for the last week here on the waters off of New Port Richey. We have had very light winds, crystal clear water, and air temperatures in the low 80s, for getting out and catching fish it just doesn’t get much better. 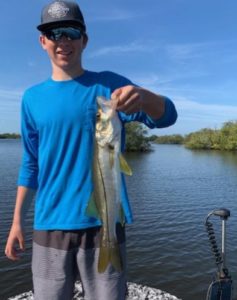 Today I was fishing a good client that was lucky enough to snag a day that had to be rescheduled by another client. I left the dock to go catch bait around 6:30 AM and the crowds were still very light, but it is springtime and I knew that would not last. So I opted to go to my quiet flat that I was at yesterday to get bait, which turned out to be a good idea as I had bait in three throws of the net. I was again done early so I did some more scouting to see if fish had moved around, I am starting to see a lot of big Snook moving to the outside and getting hungry.

I met my clients at the dock in Tarpon Springs at 8:30 am and we headed north to fish some creek mouths as we had about an hour of incoming tide left. We got set up and I had them drift some baits back with the current to the first points on the creek, we immediately hooked two snook, one 24 incher and the other we’re not sure as she could not be stopped! Unfortunately, the big snook ripped through the mouth of the creek and disrupted the whole thing. We stayed till the tide quit but the bite never got going again, we picked up and moved father north off of Hudson to try and get ahead of the tide again. We pulled into a flat with a few big oyster bars that were covered with mullet, I knew this would be good as soon as the tide got moving. I was not wrong, for almost an hour every bait that hit the water was consumed by something bigger. We caught Big Trout, Redfish, Jack Cravelle, and Snook all off the same bar. That is one of the best things about spring is all three species live together and eat at the same place.

After the bite finally died off in Hudson we headed back south toward New Port Richey to finish up the day. I have a little honey hole that has developed this spring on every incoming tide, is a deep channel with some submerged rock that for some reason is holding a bunch of BIG gator trout. Once we got set up I instructed them to cast into what seemed to be the middle of nowhere, however as soon as the pilchard made a move he was gone. The great thing about this spot is that after the trout get going they attract other fish like jack cravelle and redfish. We literally used every bait in the well today between chumming and catching, and on the last bait we caught a monster trout.

I haven’t been looking hard but it is just about time to start seeing some Brown Bombers (Cobia) on the flats, so in the next few days we will be looking in the shallow flats for sting rays with very long tails. Cobia fishing is about to begin! 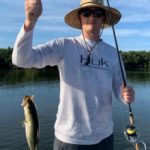 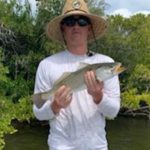 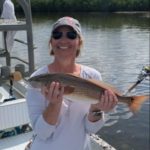