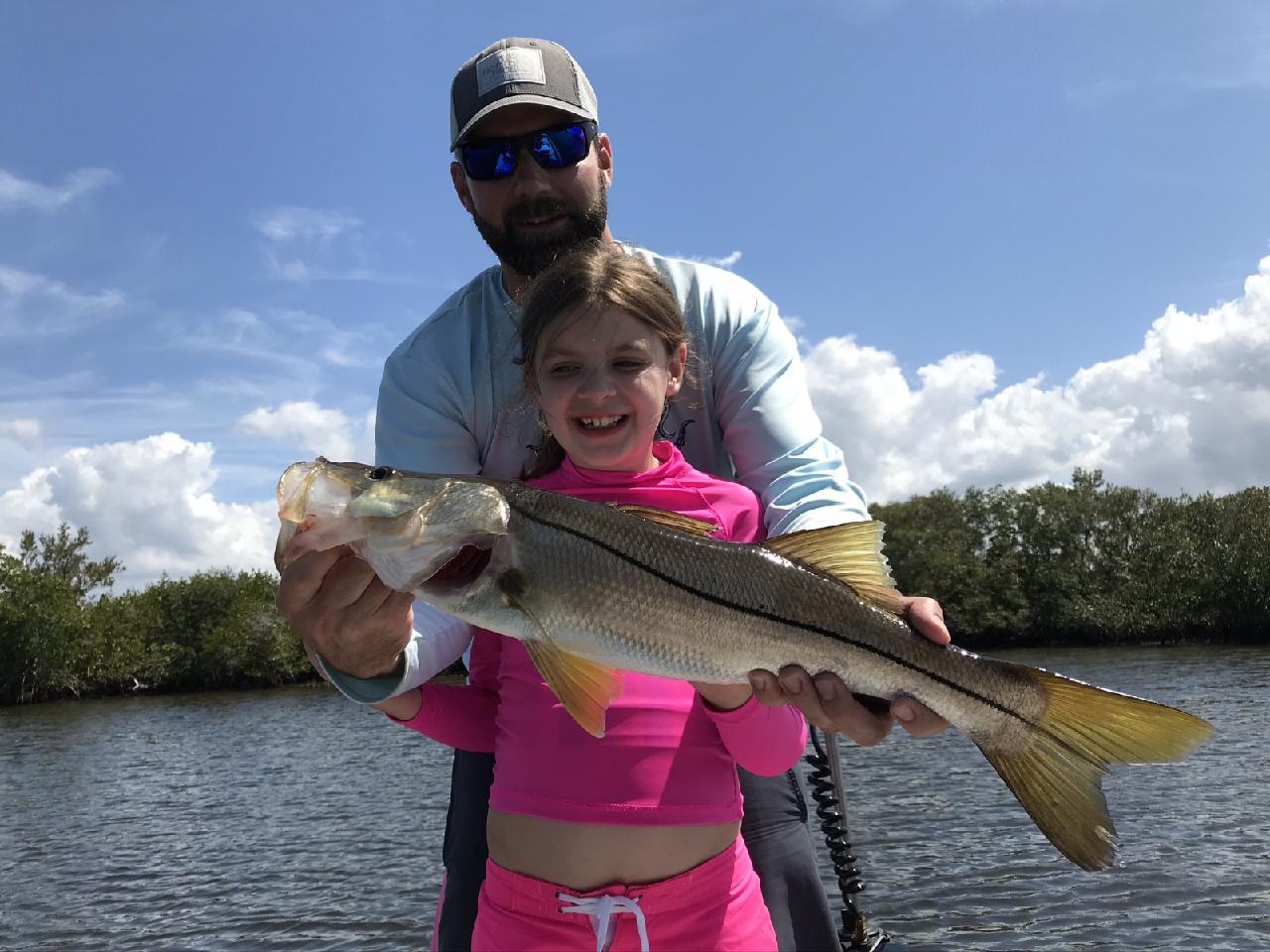 This has been the week we have been waiting for, the warm air, light winds and warm water have made for the best fishing of the year so far. The only drawback this week is we have slow tides, but that will change this upcoming week. I left the house early knowing it was going to be a beautiful weekend day, and the ramps would get busy fast. As I got to the ramp at Anclote River Park in Tarpon Springs I could see my thoughts were correct. It wasn’t real busy yet but for 6 am it was busier than usual. I got the boat in the water and decided to go to a different area for bait, as the flat I have been getting it at, I was sure would be covered up within the hour. I went to a small out of the way flat behind Anclote island and had it all to myself, and it took about 30 minutes to fill my well and that gave me time to do a little scouting before I had to meet my charter at the dock in New Port Richey.

Today’s trip was one I had to reschedule from January, Jessie has two daughters (8 and 10) so today’s weather was much better than the cold windy day a couple of months ago. As I pulled into the dock we got the charter started by taking a short run south to Gulf Harbors to fish some deep channel edges on the last of the outgoing tide. The girls started out catching some Mangrove Snapper and then a few Jacks came through and woke them up. It didn’t take long for the boat traffic of the weekend to push the fish down, so we decided to run to a hole I usually catch some nice trout out of. As we pulled up I could see mullet in the hole and new it would be good, this time of year whenever you get a school of mullet in the area your fishing there are going to be fish. The girls started out catching trout on just about every bait for 30 minutes, then Jess got in on the action and it was all I could do to keep the bait on the hooks.

The tide finally died off and we had a little while before we would feel the incoming so it was lunchtime, the girls had prepared a full picnic and even had a sandwich for me! After lunch we took a short ride north to a creek in Hudson that I had seen some snook in, the water was now moving in and I could see snook in front of the boat. I threw a few chummers in and they were immediately eaten, I love springtime. I told the girls the snook would pull harder than the trout, so be ready, they handled the fish like pros. Both girls caught 3 or 4 snook in the 20 to 25 inch and then it happened, the water parted and the drag started singing. I’m not sure what was louder the drag screaming or Cassidy, either way, the snook fought hard but was at boat side and posed for a picture before being released. It wasn’t the largest snook but it was the biggest one of the day and one I’m sure Cassidy will never forget.

After that we caught several more and called it a day, on the ride back I was amazed at how many boats were on the water, and after we got to ramp the parking lot was completely full, thank God it’s Monday tomorrow!! 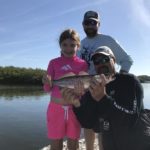 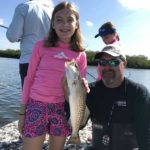 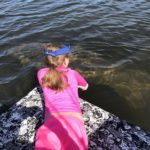 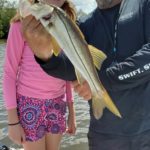 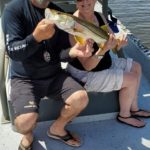