WOW is just about the only word that describes the fishing that we have had going on over the month of November. This was by far the best start to fall fishing I can remember, it started getting good after the first cool down in October and never quit getting better. The best part is that it was awesome fishing from New Port Richey all the way down to Boca Grande and all points in between. With the cool air came north winds which made for some great low tide pot hole fishing, this is what the majority of November was spent doing. The fish were forced to congregate in these holes and became easy targets for the ones that knew where to find them. 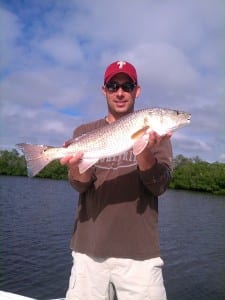 The Redfish were the big surprise this month, although it is normal for us to have good redfishing in the fall and winter, the numbers of fish and the size of them this year has been outstanding! Most trips I have had 30 to 40 redfish in the boat with most being in the 24 to 30 inch range. The best part is that they are eating almost anything, we have been using alot of artificial soft plastics like the Mirro lure lil john to fool them into eating. On the big negative low tides I have

been using both my airboat and my shallow sport to get to these fish, the best part is that most of the time I am the only one back there fishing for them as not many boats can go where I can go. The other surprise is the amount of Snook we are starting to catch on my charters. After the beating they took a couple years ago it is good to see them hitting baits again, we have been getting 10 to 15 per trips and some pretty good ones to. As is usally the case for the past 4 or 5 years the Speckled Trout bite has been phenomenal, they are everywhere and will hit what ever gets in there path. My charters have been catching them in big numbers each time out and we usually move to another hole and leave them biting only to have them attack us at the next one. 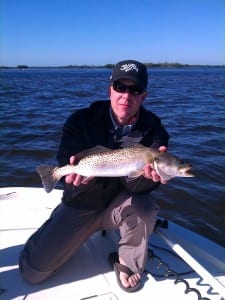 The one main pattern that I have been fishing for the month of November ( and it should hold up through February) is to fish the pot holes and troughs that are on the open flats of our west coast on the lowest tides I can get.  These big sand hole are holding areas for the fish while they wait for the incoming tide to bring the water back to them. There has been one more secret to the holes though….look for the ones that are full of mullet, if there are mullet in the hole you WILL catch fish out of it. There are acres of flats in our areas that have the right kind of holes, the Flats around Anclote Island, Three Rooker Inland, and especially Caladisi island. If you are closer to Tampa bay the Ft. Desoto area, Weedon Island, and all of the Double Branch and Rocky Creek areas, if you are in Boca Grande it is almost limitless as to where Gasparilla sound and Pine Island sound are the two main ones but Matlacha, Lemon bay, and the Alligator creek areas are very good also.

This type of fishing is only going to get better as we start to get cold fronts through on a regular basis, if you want to check out what it looks like to see so much of the flat exposed and still have fish biting check out these videos.      http://www.captaingregd.com/specialty-charters/airboat-fishing/

And if you are looking to do some cating this winter give me a call i still have some very good lowtide dates open. 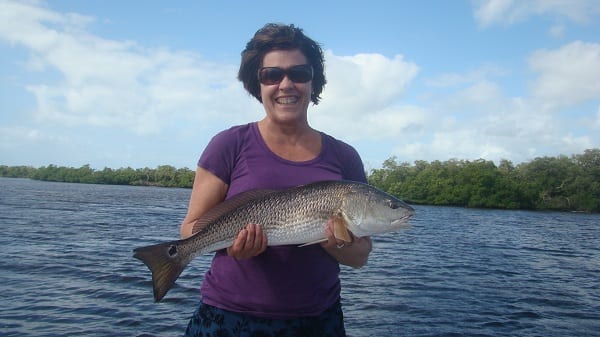 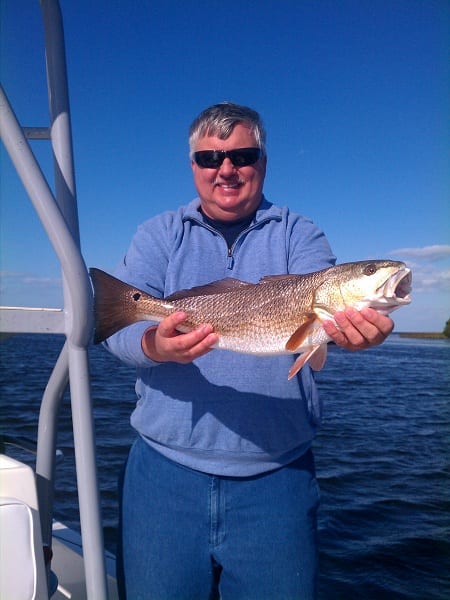