It has been about two weeks ago now that the first cold front of the year was dragged through our area by one on the hurricanes that we have had this year. I thought it was just a little bit to early for this cool air to really have any effect on us. Boy was I wrong, The combination of a hurricane going to the north of us and pulling every ounce of moister with it and a cold front pushing through bringing cool dry air, set us up for a beautiful week of weather that cooled the land and especially the water. 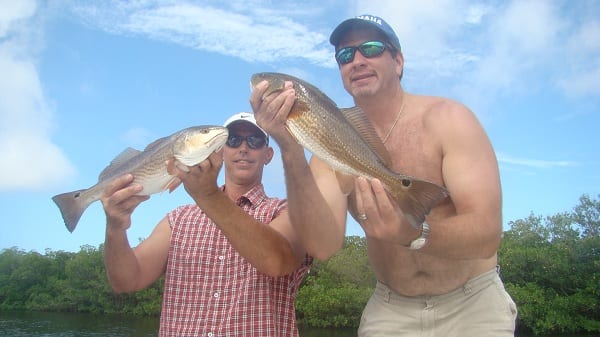 With this cooler weather pattern in full effect the fishing when from so so to absolutely off the hook! There was one other factor to help the bite along also, The bait that had been scarce for some flooded the flats and the fish put on the feed bag. I ran several trips since the cooler weather has been here and every one of them has ended up very good, we have been getting slams on every trip and for just about every angler. 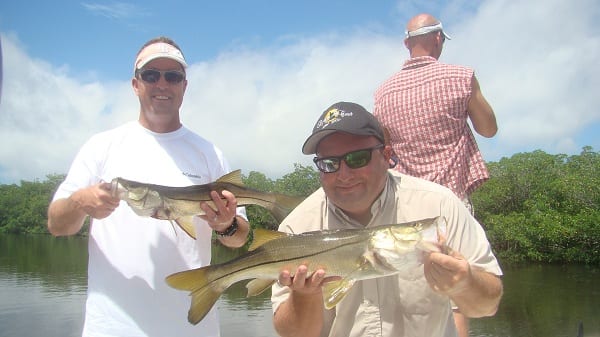 The redfishing that was suspect at best has all of the sudden exploded with groups of hungry fish on almost every point and rock pile along the coast. They are not the biggest reds but they are solid keepers that are full of fight when you hook them. Most of the schools will stay put if you are not to noisy and double and triple hook ups were the norm on alot of them. The Snook also showed up in the back country and where ready to start feeding. There is nothing better that watching your clients float disappear in a swirl of silver and hear the drag start to scream almost immediately!! The Snook like the reds are not the big bruisers but we still managed a few over 30 inches, which is good to see again. When the tides where a little slow or we just wanted to stretch the line with something else big scools of 8 to 10 pound jacks are around to test your metal. There is also alot of Spanish Mackerel, Ladyfish, Bluefish, and we even caught 4 cobia over the last 10 days to. The one fish that has remained constant all year has been the Speckled Trout, and with this change in temperature they have only gotten better. There was a few times this past week that I thought I was looking at a school of reds move over the flat only to start catching giant Gator Trout instead. This bite is awesome they will hit just about anything you put out there and the 23 to 28 trout will pull like a snook at times. 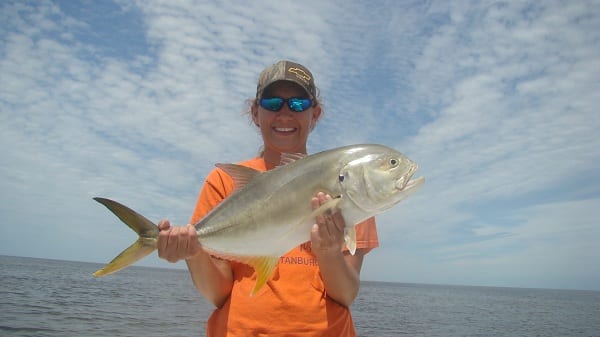 This is the time we have been waiting for, yes it is a little early this year but it is here and the fish are acting accordingly. I am starting to hear of Kingfish just offshore and the cobia have already arrived! If you are waiting for the conditions to get right to go fishing…..Its time and they are right! Lets go catch a bunch. 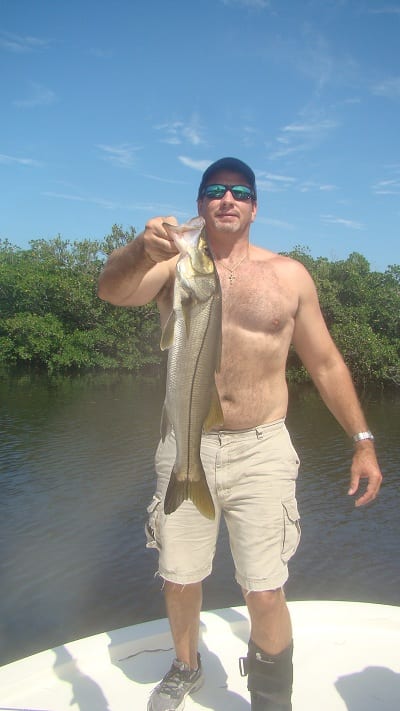