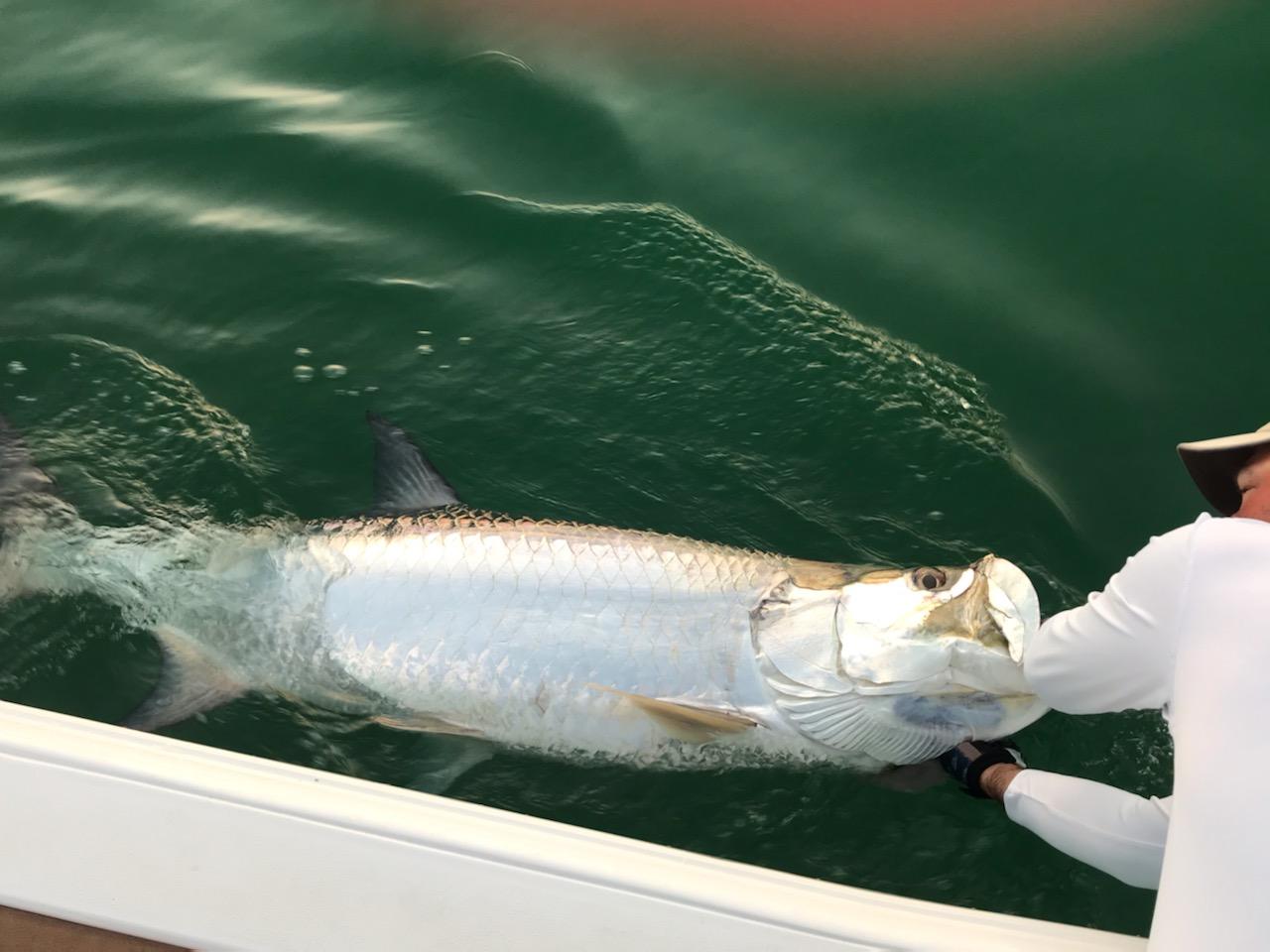 Well it has been a few weeks since my last report, but I have a good reason. June is one of the busiest months I have, and this June was no different, I ran 53 trips in the 30 days of June here in Boca Grande. To say I was tired at the end of most days is an understatement, we had a few weeks of record-breaking heat, and a lot of hungry tarpon and even a few other species. Today is July 8th and I have pretty much stopped fishing for Tarpon and moved on to the snook, and redfish.

Now for the good stuff, the tarpon in Boca Grande were very plentiful in the beginning of June but just like every year before we start to lose some of the fish with each moon as they begin to migrate north along the west coast of Florida. The good part though is many of the “ Pass Guides” leave and head home as the Tarpon leaving the pass signals the end of their year. If they only knew how good the beaches and bays are after they leave.  When the Tarpon return from spawning offshore to the beaches of Boca Grande the first thing on their mind is food! And when you found that school of fish it usually only took a few seconds for them to slurp down the crabs.

I had several trips that we were able to make great memories on but a couple really stick out in my mind. The first was an afternoon trip that I wasn’t sure was going to happen because the morning was pretty slow and we had trouble finding hungry fish. But we ran out to the beach and found a school of fish and started to get in position, as we moved into them they spread out and were rolling in a area the size of a football field. We set up in their path put out the crabs and as soon as they got to the crabs they ate, and we were off. We hooked 5 tarpon and landed 4 of them, we left the dock at 1:30 and my clients were done and ready for dinner at 4:30, great afternoon.

The next trip that was memorable started as a Tarpon trip but ended up as something else. We arrived on the beach at 6AM right at daylight and found a very happy looking group of Tarpon, we put a crab in them and hooked up immediately. The Tarpon was boat side by 6:15, we found the school again but for two hours couldn’t buy another bite. It was flat calm and getting hot so we decided to run offshore to a small wreck I know if to see if we could find some Permit. When we arrived the water was still slick flat and crystal blue, however we did not see any permit, but I was marking stuff beneath us. We dropped down a couple baits and were greeted with a couple 10-pound Amberjacks, then it got fun, a 200-pound goliath grouper ate one of the AJs. I’m not sure how Mark did it but he was able to stop and work a 200 pound grouper to the boat with nothing more than a Tarpon rod with 50 lb. braid and 60 lb. leader, a very impressive feat!

July is the month I take time to get my hunting leases ready for the fall, I will slip in a couple fishing trips for my good clients off of New Port Richey, but most of the time ill be taking it easy in the woods! 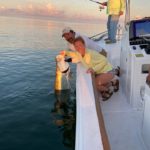 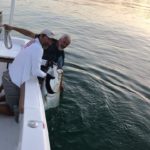 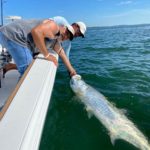 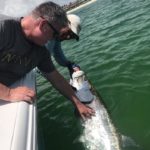 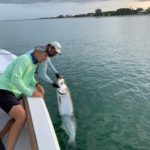 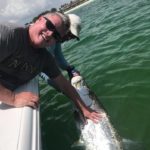 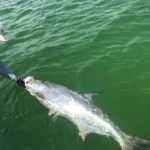 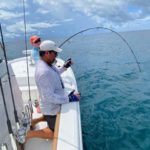 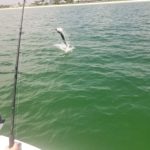 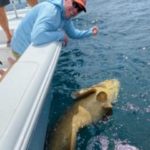