There are tarpon everywhere! 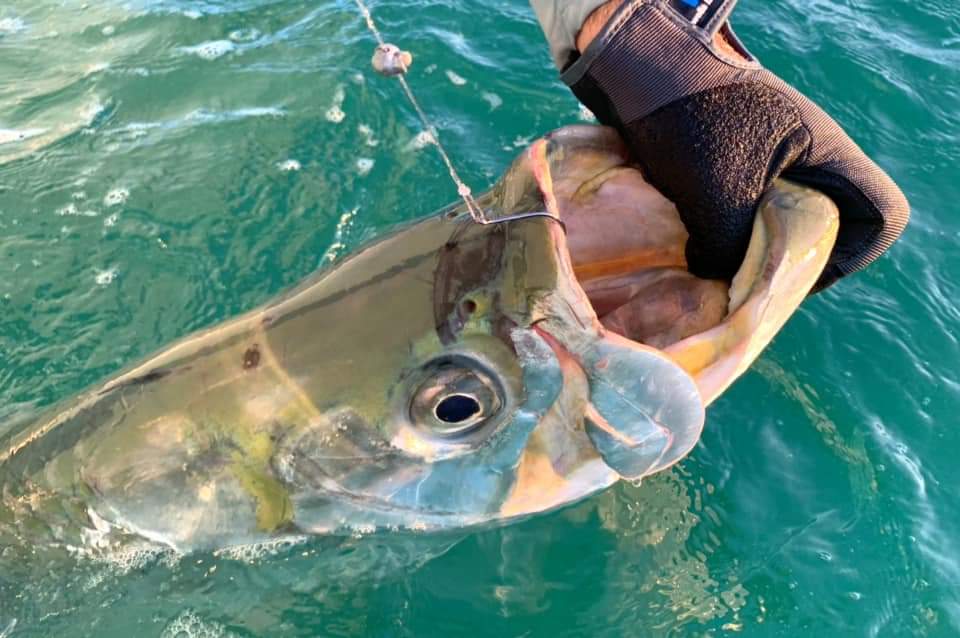 It has been another gorgeous week in Boca Grande, with more Tarpon in the waters than we have seen in many years. The water temperatures have reached the mid 80’s and the Tarpon have shown up on most of the beaches and all the passes in the area. The water has been extremely clean and clear, making for some of the most beautiful colors and scenery on any coast. The clear water has however made for a tougher bite, only because the Tarpon use their eyesight for feeding and they see everything, so the crystal clear water makes it hard to hide the leaders we need to use to catch the fish. But we have been able to tempt a few fish everyday, and our landing to hookup ratio is very good. We are landing about 80% of our fish, mostly due to good sharp hooks and no lead to pull the hook out of the fish.

I fished everyday this past week and the one trip that sticks out in my head was on Wednesday, we started in Boca Grande pass where the daybreak bite has been awesome. With darkness still over us the tarpon have been eating every crab that gets in front of them, and this day was no different. We put out two crabs and the first one was eaten before it sank five foot, and as we reeled in the other to get out of the way, it also came tight! We were able to fight both fish as there were only a few boats in the pass, and with drags screaming both fish erupted through the surface together. That is where our double ended, as one of the Tarpon was able to lose its hook, but the other stayed tight and was boat side as the sun came up. With a quick fight we were able to get a fast and healthy release.

The rest of the trips this week were fairly similar, except for starting off with a double hook up, the fish that were brought to the boat were much larger this week as is normal for the last week of May. Most were in the 120 to 130 pound class, but we had a few that were in the 150 to 160 class and one that I estimated at 180 pounds, that was a big girl.

Tarpon fishing is very rarely a solitary endeavor anymore, in fact there are usually more than a few boats in the area, especially in Boca Grande pass. However you get to see several great Tarpon jumps and there is always action from folks fighting fish. There is one thing that is very upsetting though, and that is how some anglers handle these great fish while at boat side. You should never lift the fish out of the water, if you want a picture lean out over the gunnel and gently lift the head to the surface and snap your photo. I have witnessed this week to many anglers and some “ captains” literally grabbing the Tarpon by the bottom jaw and lifting the fish over the gunnel and leveraging half the body out of the water for there photo, this is a sure death sentence for the Tarpon. Hopefully they will learn how to take care of these great fish and not be so selfish.

Tarpon season is just getting started and we have a long way to go, there are more fish moving north to us from the south and with a full moon the first week of June the bite is going to be off the hook! 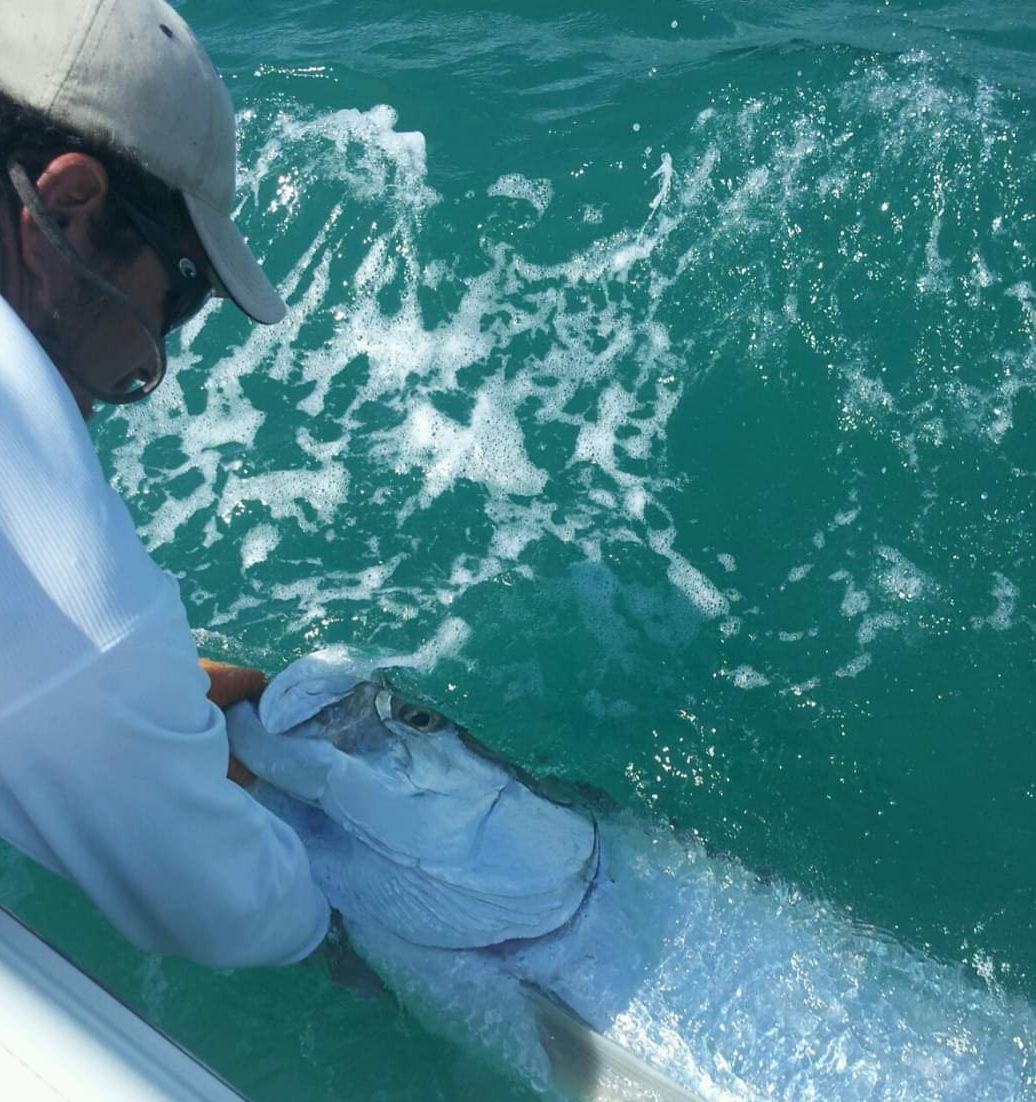 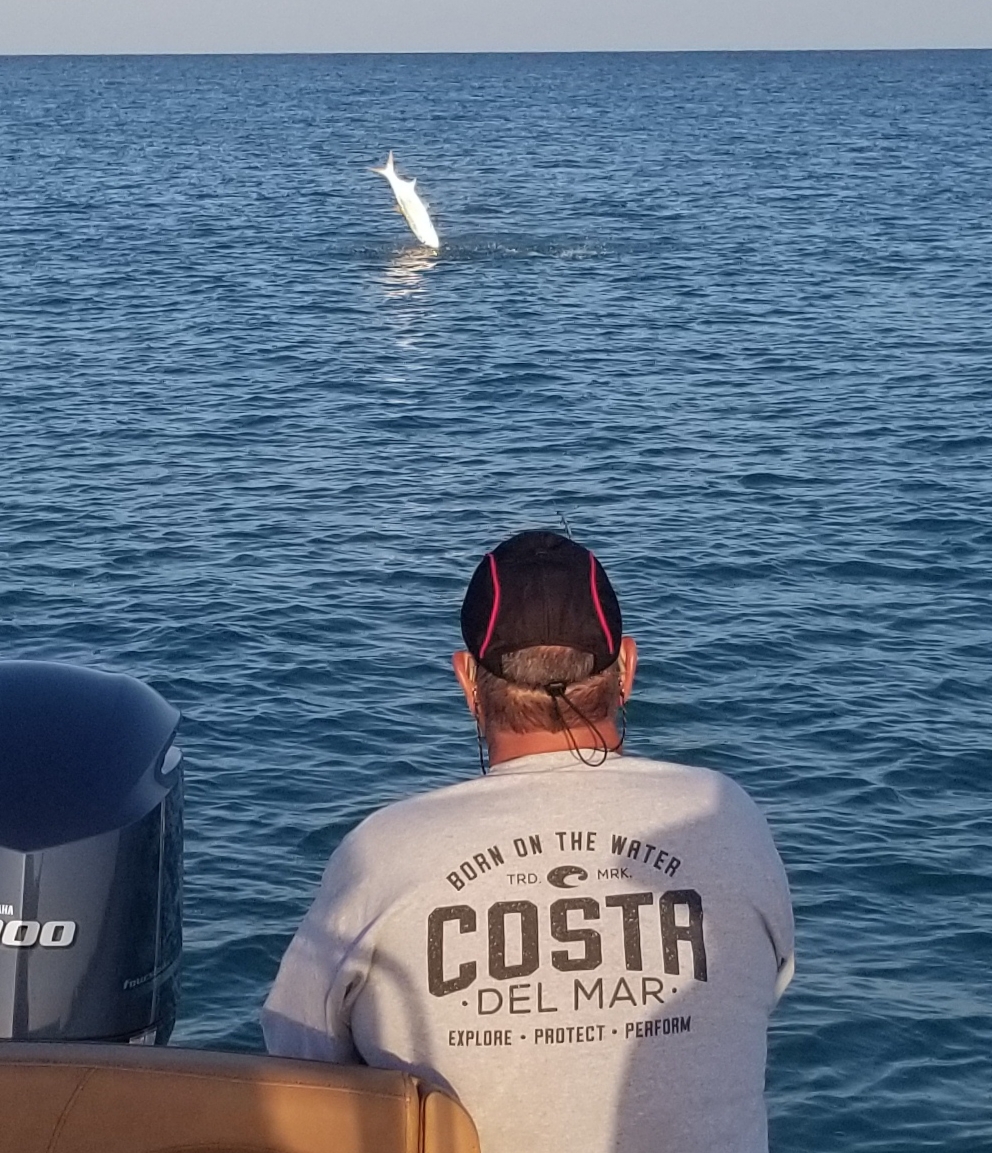 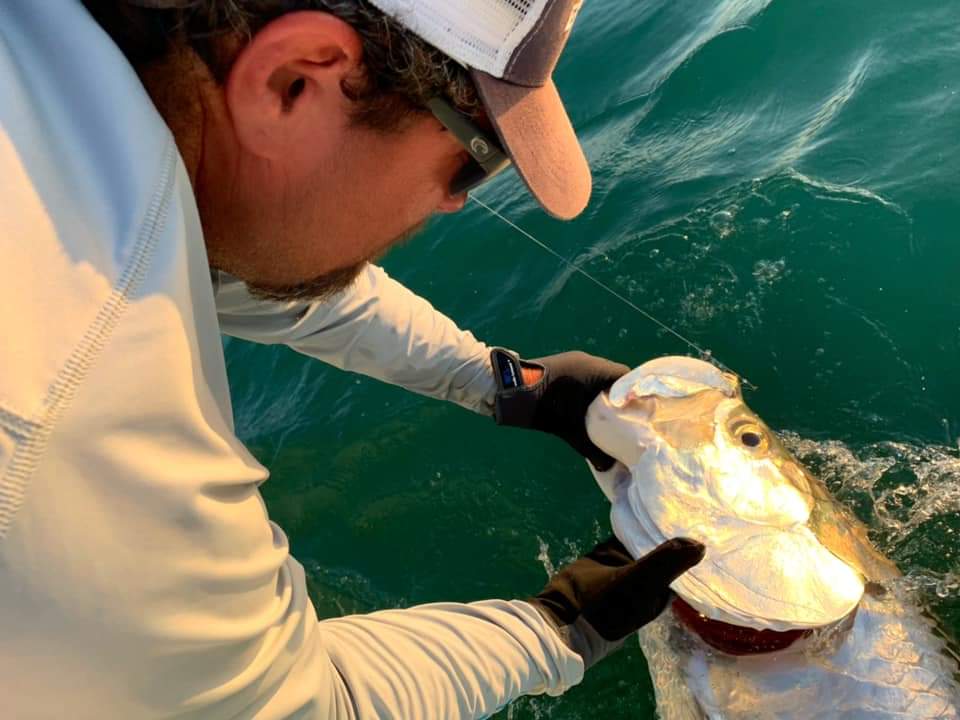