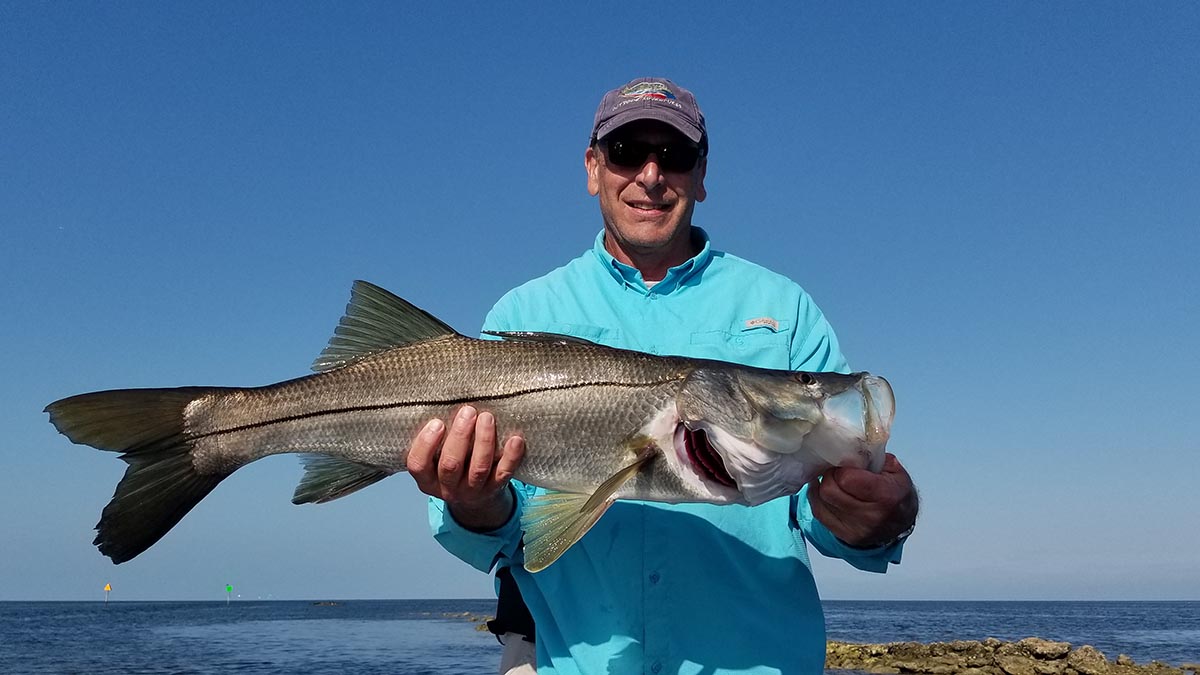 The coastal waters off of New Port Richey are teaming with fish, we have several species that live here year round and some that migrate in and out every spring and fall. Without a doubt one of the most sought after is the Snook, and we have them year round.

The Snook off of the Sports coast range in size from 12-inch juveniles to 40+ inch monsters, and believe it or not they live in the same areas and eat pretty much the same things. When it comes to favorite foods for snook it is hard to beat the Pilchards that inhabit our waters from March to November, however they are not the only things the snook eat. Pinfish, Mullet, Ladyfish, Shrimp, and pretty much anything smaller than they are and all are on the menu, and they are very aggressive toward most artificials that imitate small baitfish.

The coastline of Pasco County offers the Snook just about every type of cover they need, from deep canals and spring fed rivers for the cool winters to shallow Mangrove edges and deep rocky channels for the snook to ambush prey. Pasco County also has Anclote Island, a barrier island that provides a beautiful spawning area for the snook in the summer time. All of these types of structure are utilized by the snook at different times of year for different reasons.

Winter time (Nov, Dec, Jan) is a time when the snook will head into the deepest and warmest areas to survive the cold winter water, Snook must have water that maintains 60 degrees or above to survive. We have two rivers the Cottee and Anclote Rivers, both are spring fed and stay warm enough for the snook to survive, there are also plenty of deep water canals that offer the same sanctuary to the snook. The fishing for snook this time of year is good but there are better times.

Springtime is the time when the bite really turns on (Feb, March, April, May) the pilchards show up along with several other baitfish and the snook begin to move out of their winter homes and are hungry. As the water steadily warms the bite will increase until the water temps reach the upper 80s, Just about any mangrove edge or point with some current will attract the snook, they will also begin to show up on the grass flats preparing to move to the beaches of Anclote island for the summer spawn.

Summer time is a great time to catch snook on the beaches of Anclote Island, as they will move out there to spawn. There favorite food this time of year is the grunt, but they will still eat just about anything that gets in front of them. The snook will congregate on the points in the beach especially on the ends of the island where the current is the strongest. Summer time is the time of year that more 40+ inch Snook are caught than any other season.

Fall is almost as good as springtime but the Snook aren’t quite as aggressive as they are in Spring, and the whole scenario is basically Springtime in reverse, instead of coming out of the rivers and canals to feed, they are feeding to go back into the rivers and canals for the cool winter waters. The areas that we will catch them on is the same as it was in the spring, the main bait will be Pilchards.  Structure and good current flow are the main factors needed for a good bite.

New Port Richey is one of the northernmost areas on the west coast of Florida for Snook,  we have a very large and healthy population of them and the local regulations have helped keep there numbers in good shape. If you get a chance to come to our beautiful part of the state make sure you book a charter to get out and catch some Snook, you will be hooked! 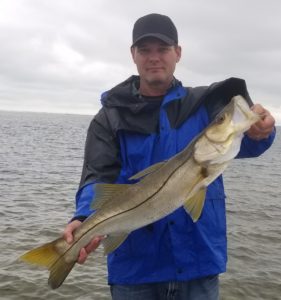 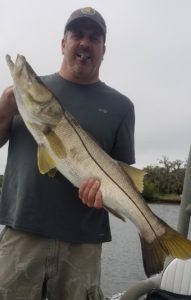