Picture yourself drifting through Boca Grande pass watching hundreds of Tarpon rolling on the surface. The captain tells you they are crowded beneath you. He says “drop them”. You lower your bait to the bottom and feel a “thump”. Just as you start to crank you observe your line disappearing off the reel at a rapid pace. You move quickly to the front of the boat and the captain announces “he’s coming up!” There he is, 150 pounds of fish, six feet long, ten feet in the air, and only ten yards from the boat. For the next 30 minutes you do battle with this leviathan and when you finally have him at boat side for your photo, you realize you have five more hours to left to fish.

Boca Grande Pass is located at the south end of Gasparilla Island. The Pass is the deepest natural inlet on the Gulf of Mexico, reaching depths to approximately 80 feet. Tens of thousands of tarpon congregate in the area from April through August, feeding day and night, as they prepare for their offshore spawning ritual.

The moving tides of the Pass flush a steady supply of shrimp, crabs and various baitfish to the tarpon. The strongest tides of the full and new moons trigger a crab hatch and are known locally as ”Hill Tides”. This conveyer belt of easy available food has kept the tarpon coming back each spring and summer for generations.

Without a doubt, the tarpon is king of the inshore world. They are true giants with weights approaching 200 pounds common. 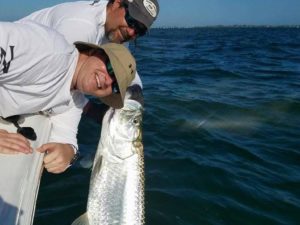 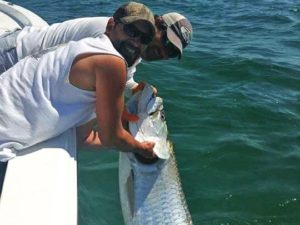 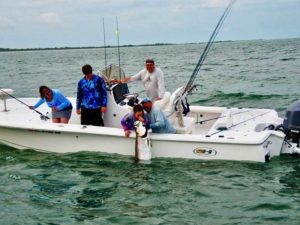 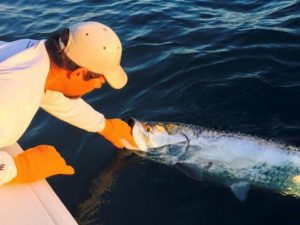 Here are the hot spots.

The Pass is broken down into several key areas by local fishermen.

“The Lighthouse Hole”
The largest hole with the deepest water, centrally located in the Pass. Often spoken of simply as, “the hole”.

“The Hill”
The area east of the old phosphate dock.

“The Pan”
The large flat area west of the offshore ledge of the Lighthouse Hole.

“Johnson Shoals”
The shifting sandbars to the south of the Pass, or the northwest end of Cayo Costa island. 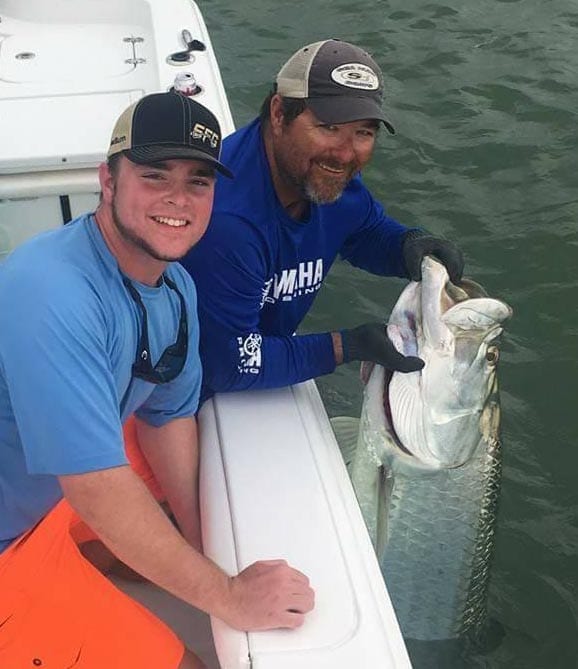 Tarpon are available year ’round.

(Excellent) During the months of March, April, and June we start to see a large migration of Tarpon move into the water of west central Florida. The Tarpon will come from the south and start to move into all the bays and passes that they come to looking for food and shelter. The springtime is the best time to fish for Tarpon, this is the time of year we have the most fish and the best weather to catch them. We can fish the beaches where we watch for large schools of Tarpon

(Very Good) The Months of June, July, and August offer some very good Tarpon fishing also. During this time of year, the Tarpon are moving well inside of the larger bays like Tampa Bay and Charlotte Harbor. We look for schools of fish that are rolling on the surface, they are not the tight schools of the spring but there are a lot of fish in one area. We set the boat upwind or up tide of the fish and drift through them with live thread-fin shad, we also can use large artificial swimbaits this time of year.

(Very Good) The months of September, October, and November can still be very good for Tarpon fishing. You just have to do a little more planning, the Tarpon will be starting to migrate back south and a few fish will stay in the large bays all winter. The fish that are heading south will want to feed as much as they can for the journey, this presents the opportunity for some spectacular fishing. They will be concentrated around the mouths of most of the rivers and passes. When the water starts to fall out, the bait-fish and crustaceans come with it, this creates a very good time for the tarpon to feed. If you are there when this is happening you can catch all the Tarpon you want, only drawback is they aren’t always there once they get there fill they move on.

(Average) During the months of December, January, and February we really don’t have any large Tarpon to fish for. We do have juvenile Tarpon that are 5 to 15 pounds that move into the rivers and deep water canals in the area. We will see them rolling on the surface just like their bigger counterparts. However, they usually stay in one area for most of the winter. We fish for them mostly with artificial lures but on occasion, they will eat live shrimp and if we can find them, small bait-fish. 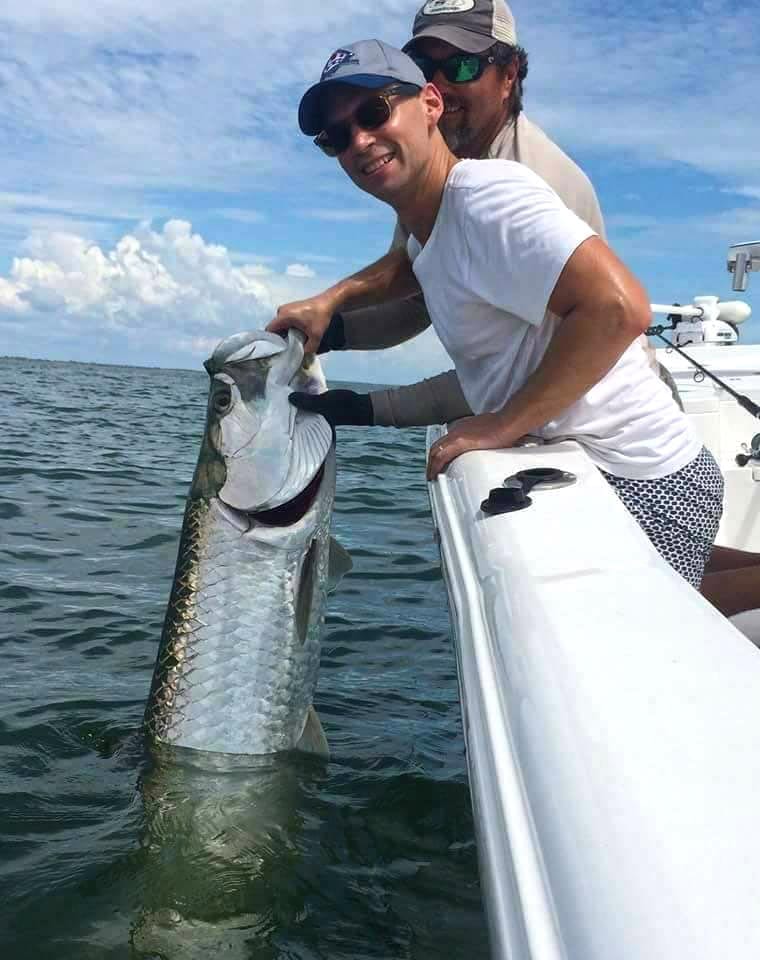 Check out some of our other adventures!