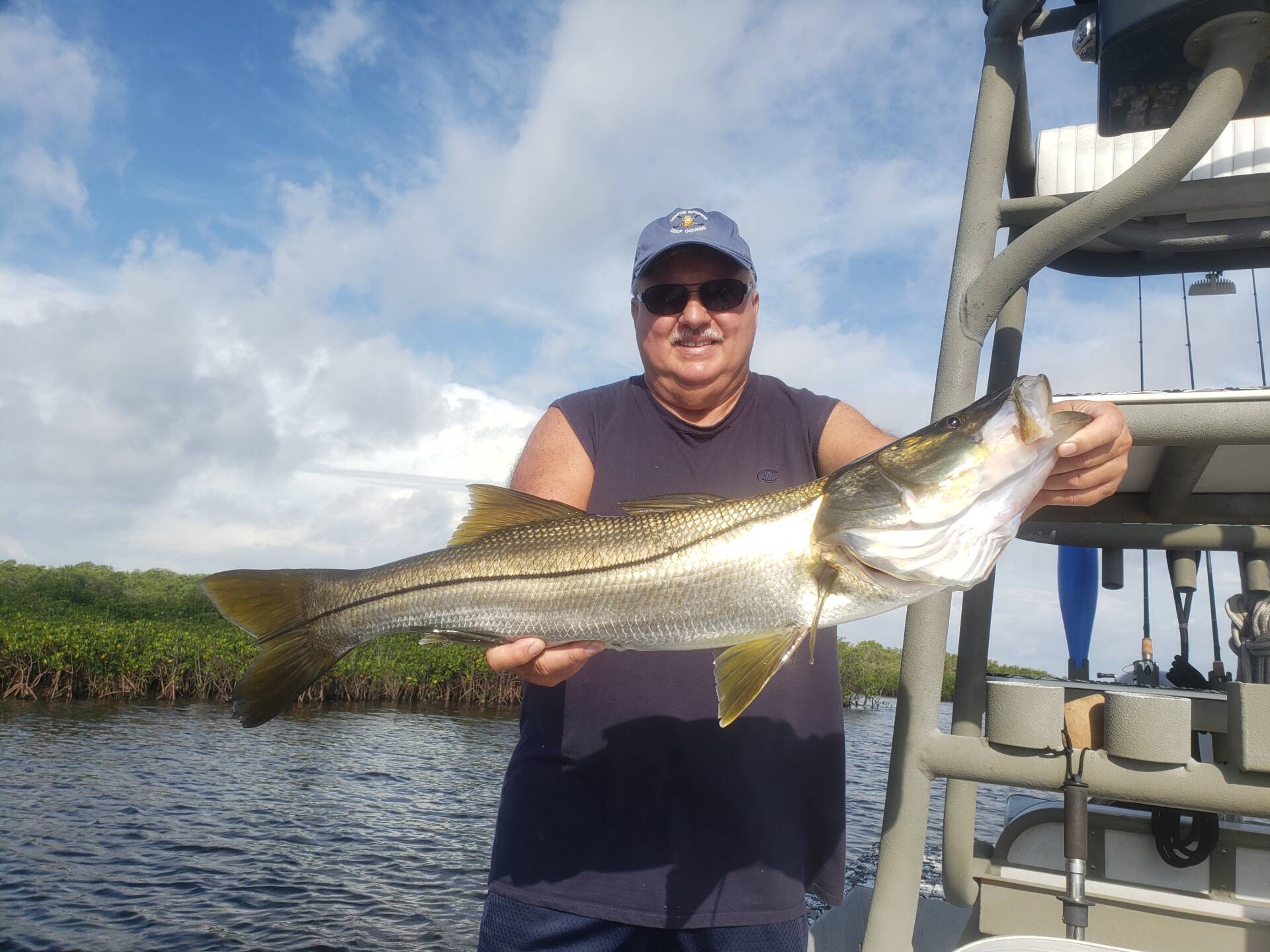 The month of September is always one of my favorite months, you get a little bit of everything during this month. The heat and humidity are still hanging on, but a couple of times this month we will get a small hint of what’s to come. The wind will shift to the north the air will dry out, and the skies will be bright and blue. For the ones that have been on the water long enough they know what these clues mean to the fish…and the others, well they will follow as always.

September is not my busiest time by far, but I do have some very good clients that fish every month and September is no different. The fishing can either be on fire or just ho-hum this month, but if you fish the right tides and the right weather it is always hot. One of my favorite people and good friend Mike was down to give it a go and man did we hit it on the head. The snook bite was off the hook, with several fish to 30 inches coming to the boat. We found a couple of nice schools of redfish but they were not interested in our offerings.

Our day started at daybreak at Nicks Park in Port Richey, as Mike always goes with me to catch bait. This time of year the bait is still growing so 2 to 3 inch baits are the norm. I have been catching bait on a flat North of Hudson very easily and today was no different, it took 2 throws of the net and we were on our way to catch fish as the rest of the fleet was pulling in to get there bait. Seeing that we were going to have company today I elected to try a school of Redfish that I knew would see pressure later. We approached them quietly and got a few baits in them, but they were very disinterested. I’m convinced we have vampires fishing these fish in the dark!!

We had a strong incoming tide so we decided to run a little farther north to a creek I have fished that will hold Snook this time of year. This was the best move of the day as we were able to sit in that are for 2 hours and catch snook after snook. We would free line baits down with the current and before you could flip the bail back over your bait was smashed. Mike brought 6 slot-sized fish to the boat and several that were just under the slot, and when that bite finally died off we moved to another creek and started again. The highlight of the day was when Mike had our biggest fish try and take him into the bushes. The snook succeeded in making it to the tree line but Mike was masterful with the rod and “persuaded” the snook out of the trees and to the boat.

By now the tide was slowing and it was almost time to head to the dock but not without trying one more spot. We pulled up and put baits out, Mikes line got hit and drag started screaming, but that would be as close as we got to whatever it was. Maybe that’s why Mike is back every month….to get the ones that get away!

The air is defiantly cooler and the days are getting short, the snook and trout know its time to fatten up for winter soon. October and November are going to be awesome this year, my book is full for October but I do have about 4 days left in November, so don’t wait, in this game, you don’t want to be a day late and a dollar short… otherwise you’ll be just another Flats Invader.

Till Next time tight lines, 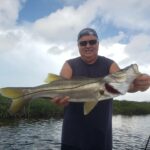 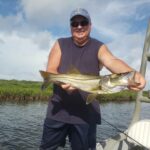