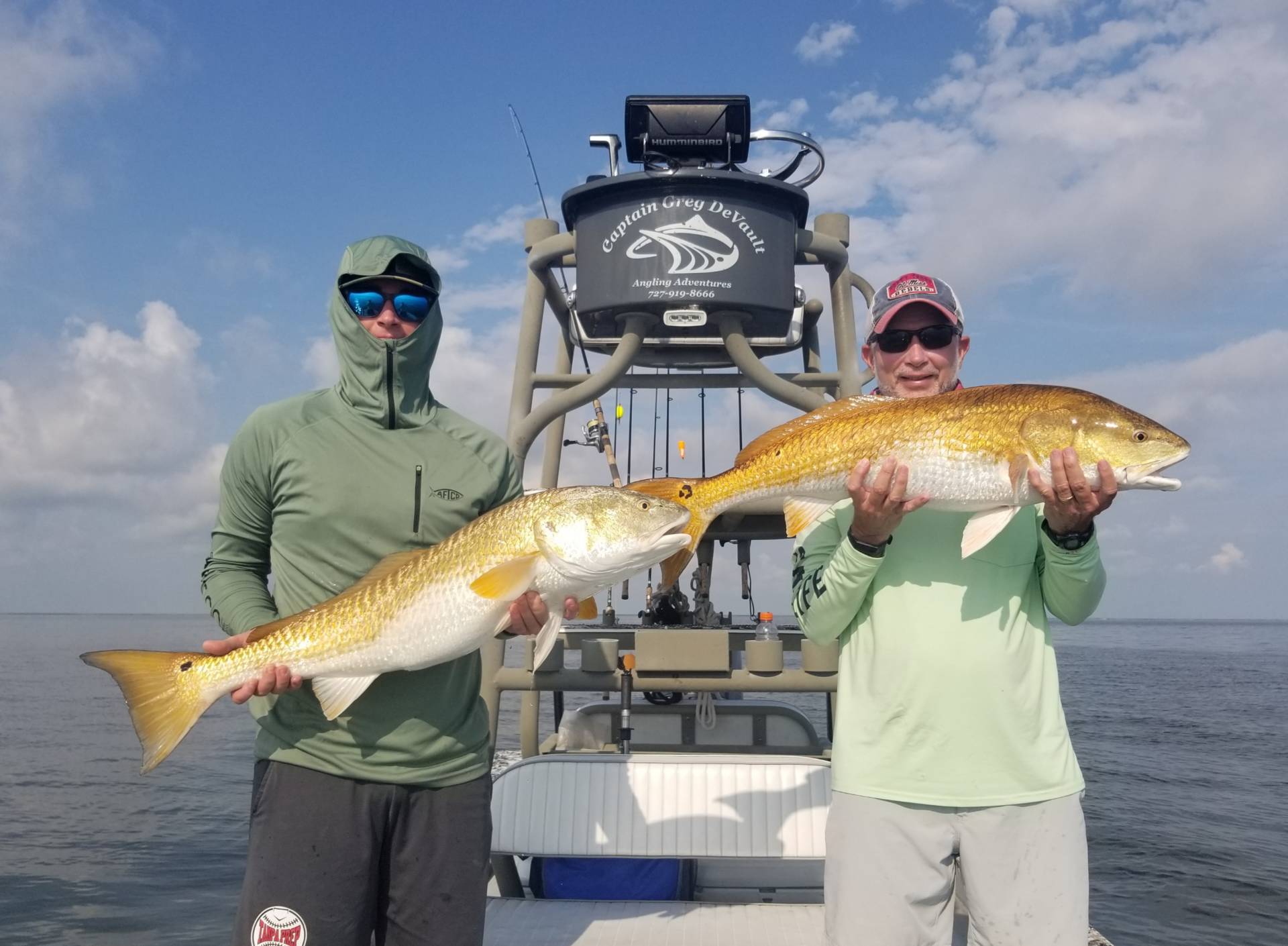 The dog days of summer are defiantly upon us, triple-digit heat and very little wind makes for some hot days on the boat. The good part is we typically get afternoon rainstorms to cool off the water and us. August is also the month I do another of my destination trips, I stay in Venice Louisiana for the month and have my clients either fly or drive out and fish with me for a few days each. Those of you that are familiar with redfish know exactly why I set up shop out here and those that do not, just look at the pictures that accompany this report. SE Louisiana is without a doubt the absolute best redfish fishing in the world, and I go during the times that the big bull reds school up and gorge on the porgy schools. It is fast and furious at times and without a doubt some of the best fishing you will ever do.

This year my first group was a father and son who fish with me quite a bit, but had never been out to the marsh. On the first day it took about 5 minutes for both Bob and Owen to realize this was like nothing they had ever done. The first school of reds we fished was all 35 to 40 inch fish and they were hungry, there were also a few jacks mixed in with them. The Redfish are some of the strongest fish you will find anywhere, and it takes 5 to 10 minutes to land the average red. The Jacks are a whole different animal, they will be from 20 to 30 pounds and pull like a truck. You are doing good to land one in less than 20 minutes, as both Owen and Bob found out. And we can’t forget the jokers of the group, along with all the Redfish and Jacks you will catch your fair share of saltwater catfish. They are the slimiest fish in the water, but they weigh up to 10 pounds, so for a while, they pull very hard.  Bob and Owen were initiated by fire, to say the least, their first day was awesome and they still had two to go.

The second day was much like the first with very large redfish and Jack Cravelle right off the bat and a smattering of catfish to slime up the line. And just like the day before we were chased around by rain most of the afternoon. The third day is always a little shorter as clients need time to pack up and shower before they leave, so we decided to do something a little different. I had a small school of fish on a sandbar that we could sight cast to, as we pulled up to them the school slowly moved to our left. Both Owen and Bob made cast right in front of them and it was fish on! We did that for the rest of the morning until it was time to head back.

This trip is for sure a bucket list trip for all who do it and I am very fortunate to be able to offer it to a small group of my clients.

Bob and Owen are safely back home and the next group is ready to go!

Till next time, tight lines, 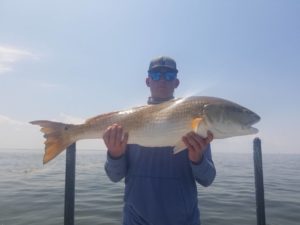 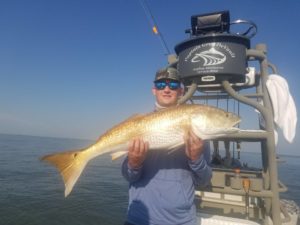 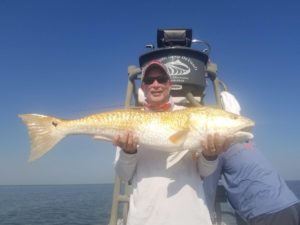 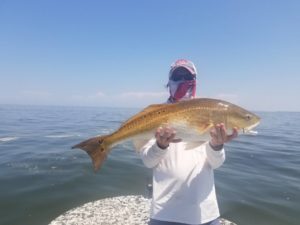 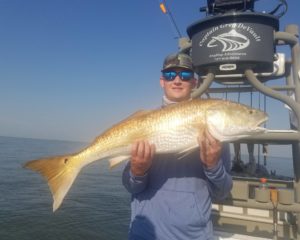 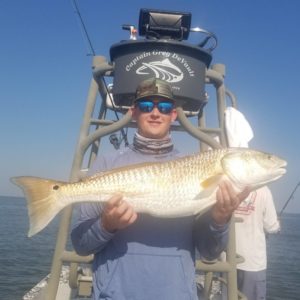 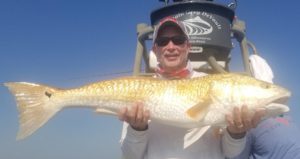 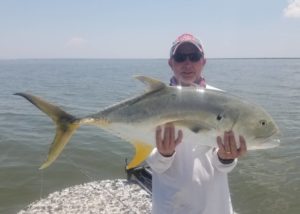 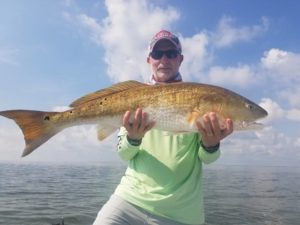 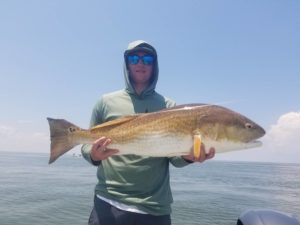 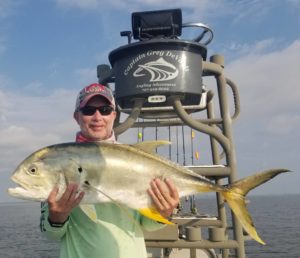 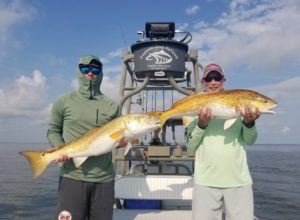 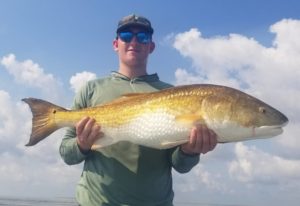 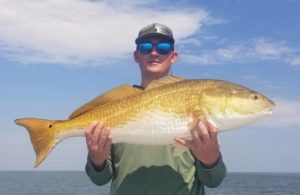 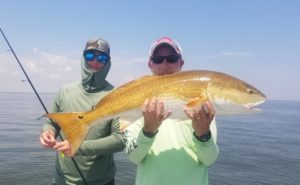 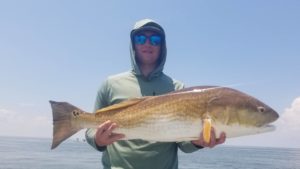 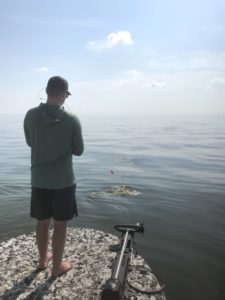 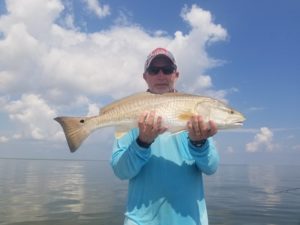 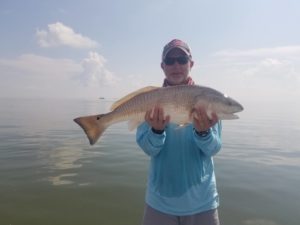 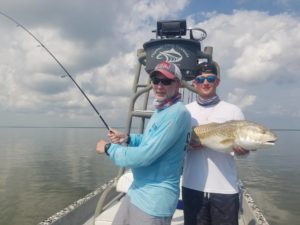 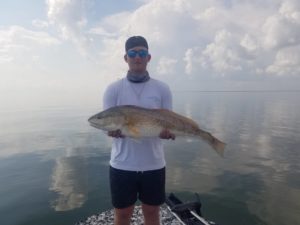 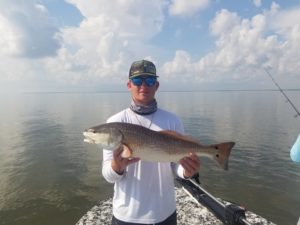 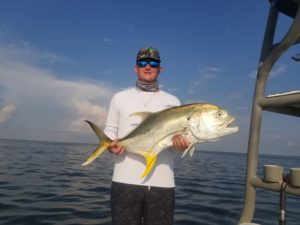 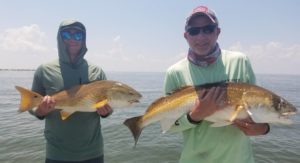