By clay eavensonMarch 13, 2020Uncategorized
No Comments 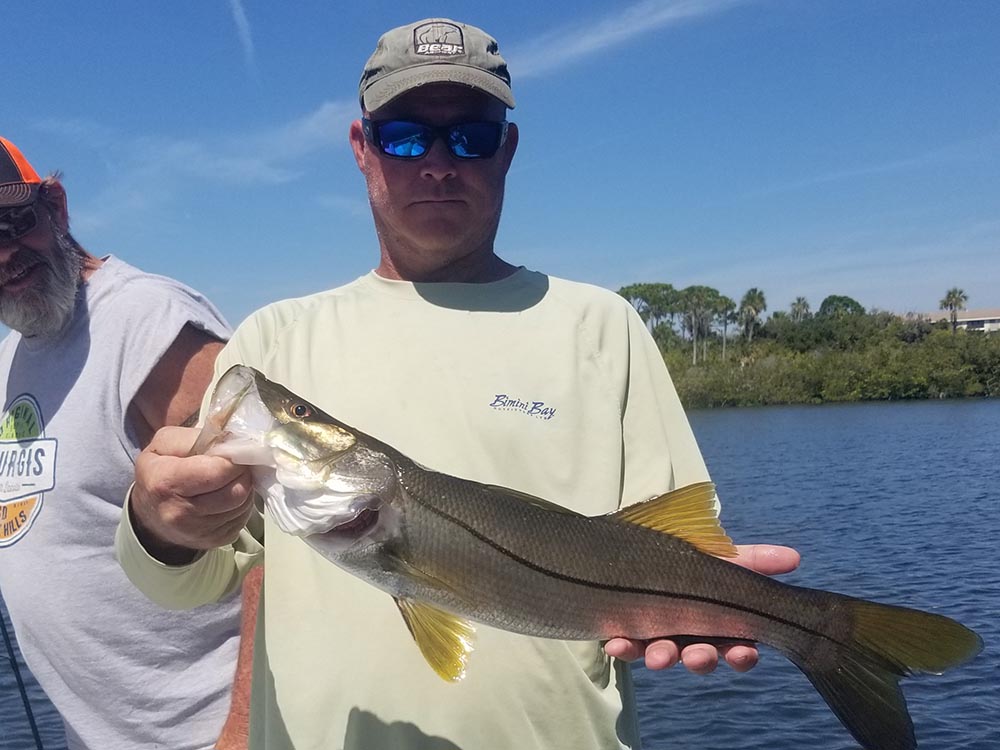 It feels good to finally know the weather is going to be good and the bite steady. The only downside of good weather is with it comes the crowds. But after 25 years in this business, you learn to cope with it. Right now bait and fishing is easy, and should stay that way or several more weeks. I started early again today and arrived on the bait flat at daybreak and was happy to again see an empty flat. I started chumming for the pilchards and seen the telltale flash within minutes, I threw the net and the first throw yielded 100 pilchards all 4 to 5 inches. Those who know know this is “snook candy” and I knew today’s trip was going to be a good one.

Bait was so easy I moved up my pick up time by an hour, the guys from JSM industries were right on time and off we went. If there was one drawback to the day, it was we would have slower tides than we have been having. But that just meant adjusting where we would fish, I fish areas that have pinch points when the tides are slow as it forces the water to move through the narrower areas. I started on small rock piles that have gaps in them forcing the water through them, we started with a bang, all 4 guys hooked big gator trout on their first baits in the water. The bite stayed steady for about a half-hour until the tide stopped, we then moved into an area I fished yesterday during the incoming and smoked the Trout, Snook, and Jacks. The result was the same today with several more nice trout, and a couple of bigger snook.

Once the tide got a little higher I ran to a spot I had been saving until I could catch the right bait, and today I had it. We eased in and got set up, I told the guys to be ready there were some big Snook on this flat and be ready to turn them when they hit. It was a spectacular show and looked like someone dropping bowling balls in the water as the big girls were crushing the baits. The first 3 fish could not be stopped, but the next 3 came to the boat, all very respectable fish of 30, 35, and 33 inches. We had some jacks join in the buffet and for an hour the drags got a severe workout from both species.

It was getting close to the end of the day so we started back, I had one more spot in mind on the way. It was a small creek mouth that was always good on high incoming water, we arrived and got set up but the tide had slowed and the bite was good but not what I expected. We ended the day pulling on a few more snook, and some smaller redfish.

I am finally taking a day off tomorrow so myself and my better half Terri can go and look at some hunting land. I don’t take many days off but this time of year the weekends are a zoo on the water, so a lot of times its better to just fish the weekdays. Time to pack the truck and get the boat ready for Sunday! 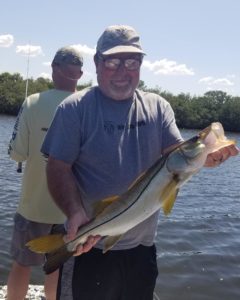 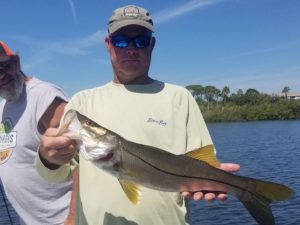 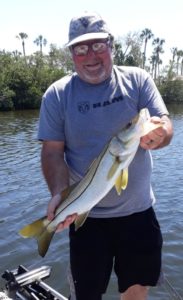 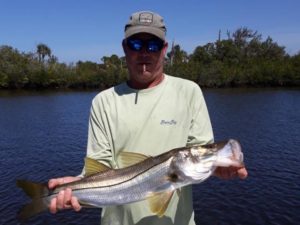 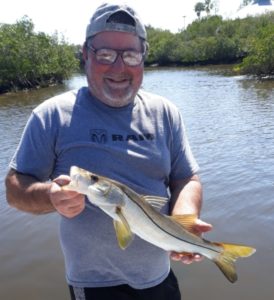 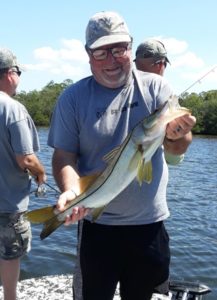